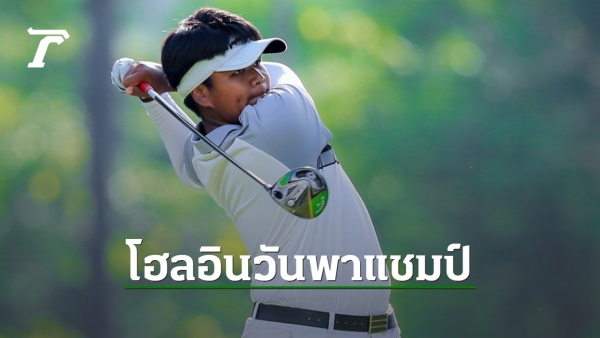 “The Gence” together with “Chang” open the swing duel “Chang Championship 2022” competition between May 28-29, 2022 at Lake View Resort and Golf Club, Phetchaburi Province, which this program is for collecting points. The 3rd item of the “Chang-Genz Golf Tour 2022” selected skilled swingers for the GENZ Golf Team project with special prizes during the season for athletes who have accumulated a total of 5 courses (courses 1-5), ranked No. 1 and No. 2 in Super GENZ and Junior GENZ models will have the right to fly in the sky to experience the land of raw fish. with participating in a golf tournament in Japan in the YONEX Junior Golf Championship at YONEX Country Club in Nagaoka City during the month of August as well

This course, “Chang-Jence Golf Tour 2022”, continues to tighten measures to prevent Covid-19. Everyone involved must pass an examination. Covid before participating in the competition including players, caddies, followers and all relevant officials for the safety of their participants. by examination from the public health office, Cha-am District, Phetchaburi Province

The results of the final 3 rounds of the field in the Special GENZ (Male) version have to contend with each other until the playoffs, dueling up to 5 rounds between Jiradet Chaowarat and Prakrit Chumpla after the play-off duel Round 5 is Jiradej Chaowarat, who relies on birdies to win the Special GENZ (men) championship. The Super GENZ (male) is not inferior to the play-offs as well between Thanisorn Phit. Peng in the first round hit hole-in-one on hole 17 and former champion Phromphot Songklod after finishing the play-off duel in the 3rd round, Thanisorn Phitpheng relied on his precision to win in this version. The results of the other races are as follows:

Super GENZ male model (15-18 years old) is another model who can’t eat. They have to duel up to 3 rounds of play-offs between Thanisorn Phitphaeng, a hole-in-one golfer on this course, and Phromphot Songklod. The previous champion of the field, Thanisorn Phitpheng, this field can bring back good form. Beat both hole-in-one and collect the championship trophy home With a total score of 1 under par 143 (68-75) while Phromphot Songklod finished at 2 with a total score of 1 under par 143 (71-72) at 3 Panyapat Khantyu Total score 1 over par 145 (72-73) Super GENZ female model (15-18 years old) Khemmintra Ngamlao won a double championship in this field. The first round hit more than one. Round two ends, Square, total score 1, over par 145 (73-72) at 2, Usani Udkhamthieng, speeding up to catch up with the runner-up, total score 3, over par 147 (75-72) at 3 Nattanan Nakhon total score 6 over par 150 (77-73)

Always pay yourself first Principles for Wealth from the book “The Richest Man in Babylon”
Posted onJuly 3, 2022July 3, 2022