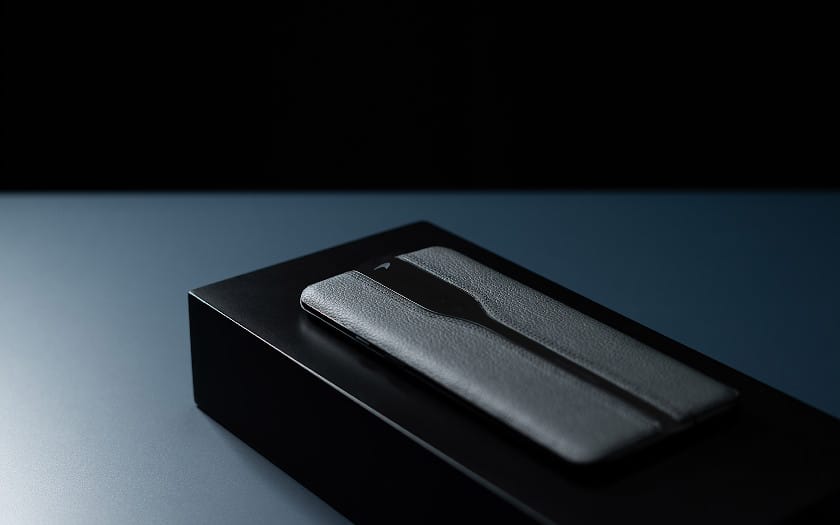 Concept One, prototype presented by OnePlus at CES 2020, is being talked about again. On the occasion of a publication on the official blog of the brand, its designer unveiled a black version of the smartphone which changes radically compared to the orange version hitherto known. It also reveals some details on the design of the prototype.

OnePlus presented a prototype called Concept One at CES in Las Vegas. The smartphone, which is still only a technical demonstration today, looks very much like a finished product ready to be marketed. Concept One has attracted attention with its design. Leather protection of course, orange in the model presented a few weeks ago. But especially its electrochromic glass which changes color. Behind this panel hides a triple photo sensor, invisible when the glass is dark.

After gently letting the media pressure go down, OnePlus decided to talk about the concept again. A brand forum moderator visited Kevin Tao, one of the designers of the firm, and, following his interview, published an “interview”. In this interview, the designer tells a few anecdotes about the concept One concept. He explains what were the difficulties in achieving this result. And, above all, he unveiled the two visuals that accompany this article.

They both represent a black version of Concept One. And, let’s face it: she’s classy. Not only has the leather changed color (leaving this Orange not very distinguished), but the edges have also been modified. They are no longer golden, but gray. Color change also for buttons and marking. It’s quite beautiful. For the rest, nothing changes of course. The goal is to demonstrate once again what an electrochromic lens can bring in terms of smartphone design.

And precisely, the most interesting part of this interview concerns precisely this glass. The design team’s goal was to have glass goes from dark to transparent in 0.7 seconds. A delay which should not access the time it takes for the camera to be fully operational. Thus, the user never realizes the change (even if he is not fooled obviously). According to the designer, the Concept One marks the beginning of a new stage in smartphone design where electronics make the historically static body of the smartphone dynamic. 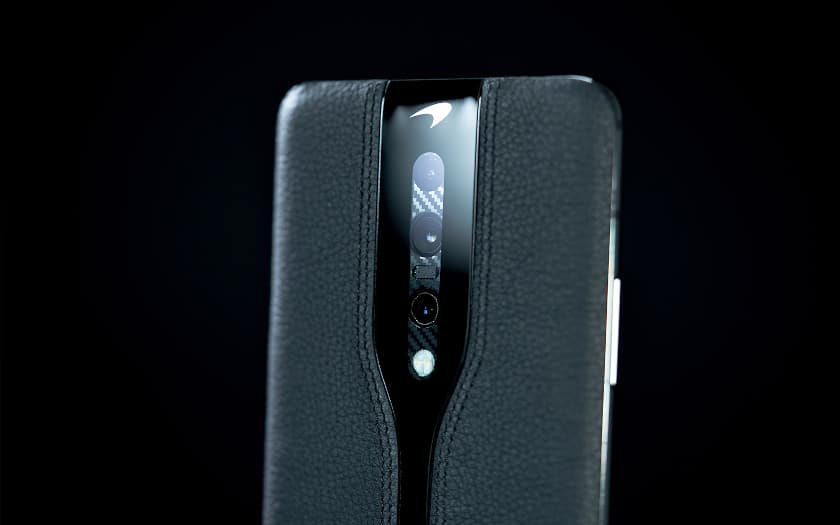