Terra Kwon Do-hyung, I also lost almost all my coin fortune… Failure and fraud are different 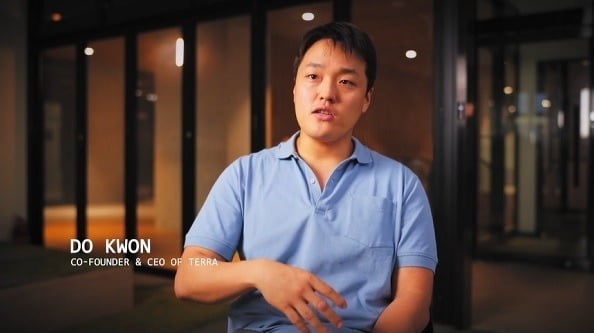 Kwon Do-hyeong, the developer of the Korean stablecoin Terra USD (UST) and sister coin Luna, which caused the cryptocurrency (coin) collapse, said that he also lost almost his coin wealth, but said, “It is not a scam.”

On the 22nd (local time), the US daily Wall Street Journal (WSJ) released an interview conducted with CEO Kwon.

After the Terra incident, CEO Kwon, who had little contact with the media and only revealed his position through Twitter, interviewed the WSJ this time. His whereabouts are not known to the public due to personal threats.

In an interview, CEO Kwon insisted, “My actions and words matched 100%. Failure and morale are different.” “I bet and spoke confidently for UST because I had faith in UST’s resilience and the value it offered,” he said.

In particular, CEO Kwon is known to have accumulated great wealth based on the valuation value at the time when the price of the LUNC coin, which reached the 6th place in the coin market capitalization, peaked. At the beginning of this year, when the price of Luna rose to $100, he was also attracting attention as the world’s richest man. Regarding this, he said, “I have never actually counted,” and “I don’t care about him. I live quite frugally.”

CEO Kwon said that he also almost lost his coin fortune due to this crash. Investors around the world lost 40 billion dollars (about 52 trillion won). After that, the price of ‘Luna 2.0’ (LUNA), which CEO Kwon released with a dream of a revival, also fell sharply.

Domestic and foreign investors have sued Kwon on allegations of fraud. Korean prosecutors are investigating Kwon’s tax evasion allegations, and the US Securities and Exchange Commission (SEC) is also examining whether Terra’s marketing process violated the Consumer Protection Act.

Meanwhile, when an economist pointed out the possibility of Terra’s failure on Twitter last year, CEO Kwon said, “I don’t discuss with the poor,” causing controversy. In this interview, he said he regrets some of the remarks he has made in the past.

“I am confident that we can recover much stronger than we used to,” he said.

Does the iPhone 14 feel that the four-point fruit powder will pay for the upgrade? ｜Apple News｜Apple Daily
Posted onJuly 5, 2022July 5, 2022
Menu