Officials from the National Buddhism Office (B.E.) continue to investigate the behavior of “Mor Pla” Mr. Jeeraphan Petchkhao and his team whether their behavior is considered an offense under the Sangha Act and the Criminal Code. including examining various documentary evidence to file a lawsuit against Doctor Pla as soon as possible Initially, it was considered an infringement of personal rights. and defamation by using words to damage others while the atmosphere inside Wat Pa Aranyawiwek, Kai Kham Subdistrict, Mueang Amnat Charoen District Many disciples worshiped Luang Pu Saeng. Luang Pu has mercy to distribute amulets for worship. As for the money in Luang Pu Saeng’s account, no one has come out to confirm how much.

Progress in the morning on May 18, reporters reported that there was news of Mr. Thanusak Samerphak, Amnat Charoen District Chief. Revealing the case of Luang Pu Saeng Yanwaro’s deposit, a fixed deposit account at Thanachart Bank Ubon Ratchathani branch should be more than 80 million baht, possibly more than 180 million baht or more at least or maybe higher

Later at 11:00 a.m., Mr. Chalermchai Chanthakot, a spokesman for Luang Pu Saeng, revealed that according to the news that Luang Pu had more than 180 million baht in his account, he confirmed that it was not true. There is real money in the account, but there is less than 180 million baht. He has already coordinated to the District Chief of Amnat Charoen City. He stated that he did not provide the news as presented.

While Mr. Thanusak Samerphak, Amphoe Mueang Amnat Charoen, revealed that after hearing the news, he revealed that Luang Pu Saeng had 180 million baht. When he saw the news, he was very shocked. Because he never said that Luang Pu Saeng had 180 million baht. On May 17, a reporter known to him came to visit. to ask for amulets of Luang Pu Saeng Then sit and talk about the construction of Phra Luang Pu Saeng. to bring the income to promote the tourist attractions of Amnat Charoen Province At that time, the reporter asked for an interview about Luang Pu’s money. Luang Pu has 80 million baht, right? He replied that he did not know. But there may be more. Another reporter asked if there was 100 million, he replied that I don’t know the amount and smiled. Then the reporter returned. Until when I saw the news on TV in the morning very shocked I don’t know how the news got out like that.

Read Also  "Big Tu" signed back 4 departments in the Ministry of Agriculture and Cooperatives to "Jurin" as before.

“I would like to confirm that I have never given news to Luang Pu Saeng about the money of 180 million baht, but journalists have written it among themselves. I would not prosecute or prosecute. will use the teachings of Luang Pu Forgiveness will make our hearts happy. Who did what? would receive that karma in return,” said Thanusak.

At the Viharn Luang Pho Phun, Phai Lom Temple, Mueang Nakhon Pathom District Phrakhru Ladsitthiwat or Luang Phi Nam Nam Abbot of Wat Phai Lom came out to congratulate merit with General Prayut Chan-o-cha, Prime Minister and Mr. Anucha Nakasai, Minister attached to the Prime Minister’s Office, said that as both of them overseeing the National Buddhism Office (B.E.) came out to encourage and resolve disputes between lay people and monk In order to restore the faith from the Buddhists, along with the B.E.E. to take necessary actions, there is an order for the B.E.E. At this time, officials and related agencies came down to help each other to uphold Buddhism. allowing Buddhism to continue to be driven

Luang Phi Nam Nam also revealed that The life of the kin The most important thing, whether it is a monk All lay people have good and bad mixed together. No matter who is doing evil or doing bad things, there will be government agencies involved to enforce the law such as the police to help take care of them. or even a group of monks as well There will be a clergy to protect or to continue to supervise the Sangha Each of them has an important duty that must be taken care of. If there is anything that the monks misbehave To proceed with the steps, such as notifying the government notify the Bureau of Buddhism will bring the book to the provincial primate for further examination Having a committee of the Office of Buddhism joins as an audit committee will not cause any problems. especially all relatives The most important thing is to take care of the monks in the best way, especially the abbot. The temple must have an abbot to rule and take care of the monks in the temple as best as possible.

Mr. Prateep said because the abbot will have money at the Nittayabhat rate or monthly position money is preliminary, refrain from paying according to the order of the primate of Kanchanaburi As for the consideration of the appointment of the new abbot not yet known On this matter, the National Buddhism Office staff contacted for details. To provide information on the prosecution of Doctor Pla and his team Previously, Doctor Pla and his team visited the area in Kanchanaburi Province, with 2 places, namely Wat Tha Phurat Bamrung. Investigate cases with drug-induced treatment of patients. and Wat Dan Makham Tia Examine the case of the abbot close to a teenage girl. But the evidence is unclear.

at the Journalists Association of Thailand Organized a discussion to remove lessons on media ethics, work, staging, superstitions, clergy circles, with Mr. Peerawat Chotithammo, president of the Thai Radio and Television Journalists Association, said that in the case of Luang Pu Saeng Yanwaro, there were ratings numbers that required organizations to must do by all means in order to maintain ratings leading to income generation without affecting This could be a turning point where the media will stop reviewing and lead to serious corrections.

Mr. Wuttichai Poomsanguan, provincial prosecutor The Office of the Attorney General, the Center for the Protection of the Rights of Children, Youth and the Family Institute, said that the media is an important occupation for the society when it comes to making news in places. abandoned houses Be wary of intrusion laws because entering is not allowed. There is also a law on defamation, defamation, another new section, which is Section 366/4 insulting a corpse and according to the Sangha Act. disrespect the bishop disrespect the clergy which is an offense related to religion

Miss Supinya Klangnarong, former NBTC, said that in the case of Luang Pu Saeng, he will see the power of consumers arising from sacred things that can interfere with the media to stay under control. Until it’s the first time that a media organization has come out with this much responsibility. It would be a good point to turn the crisis into an opportunity to find a common balance based on the public interest. 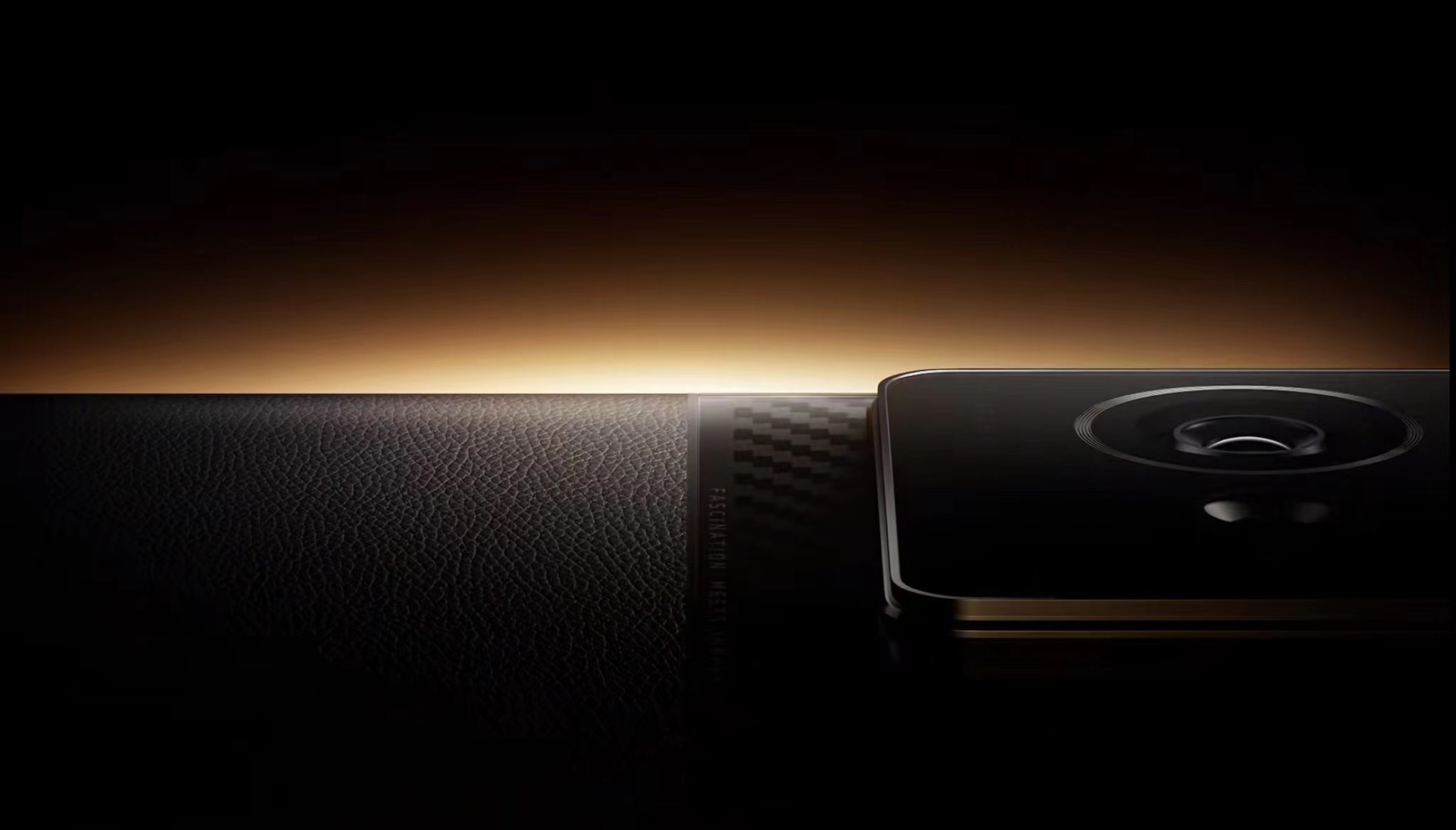 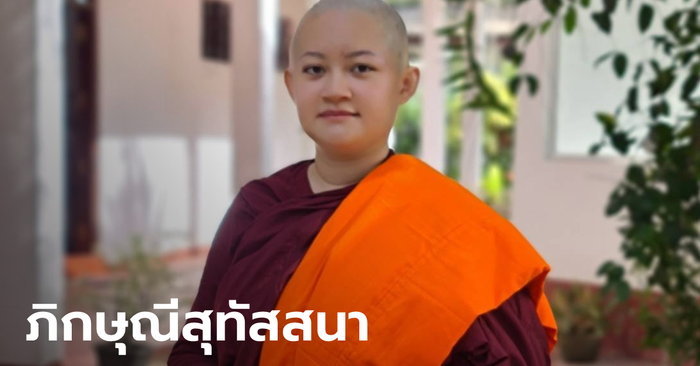 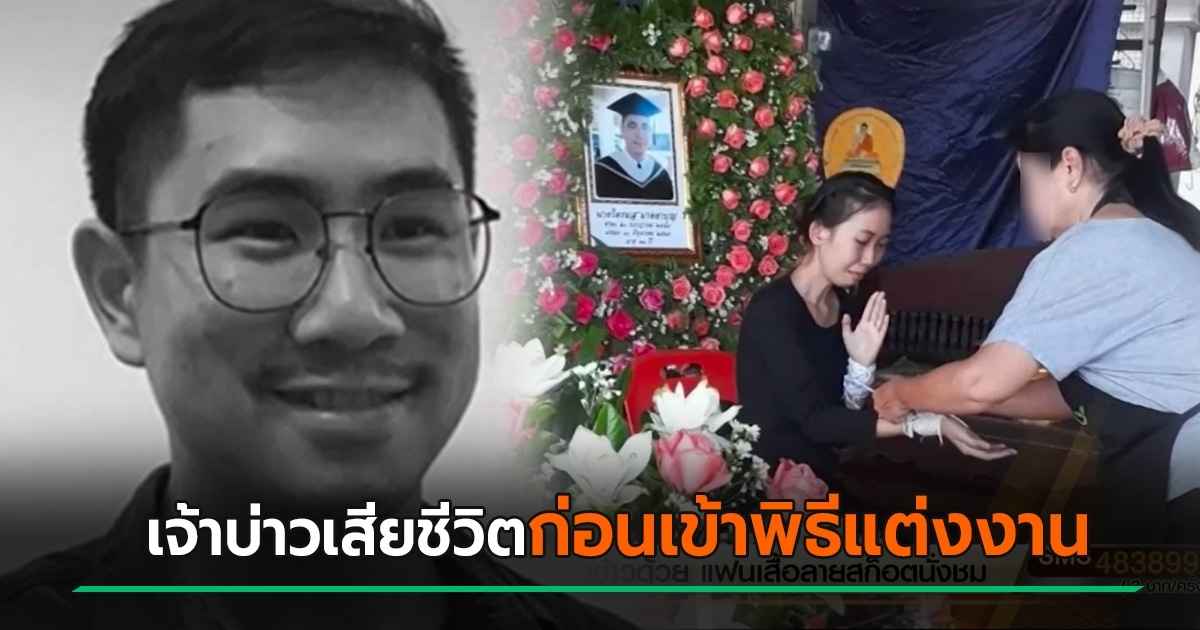 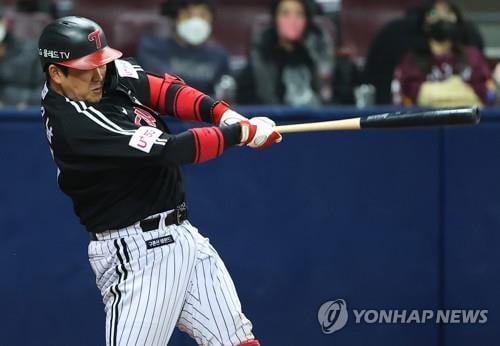 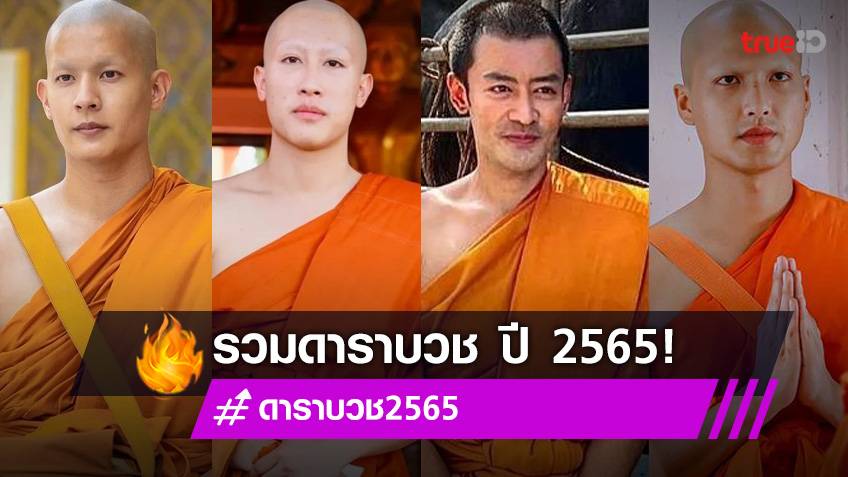 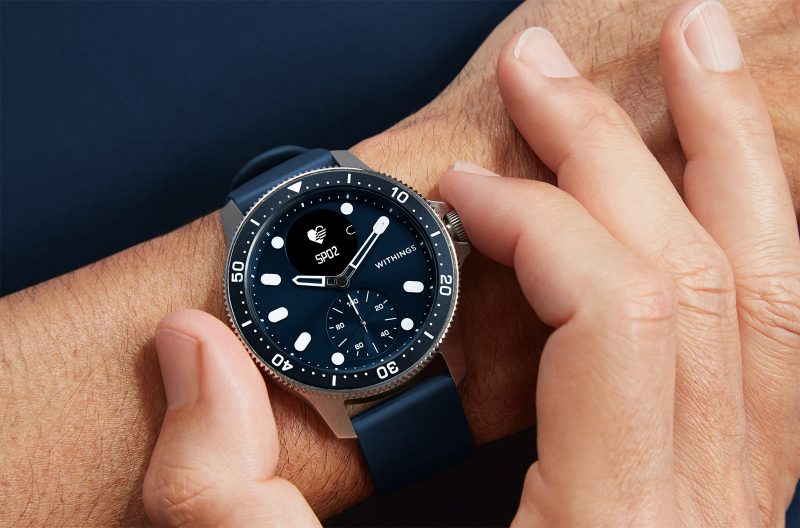 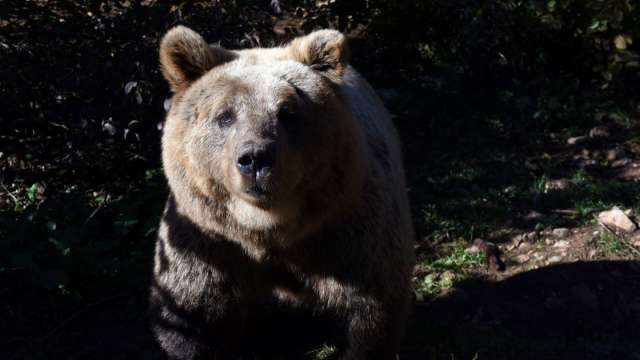 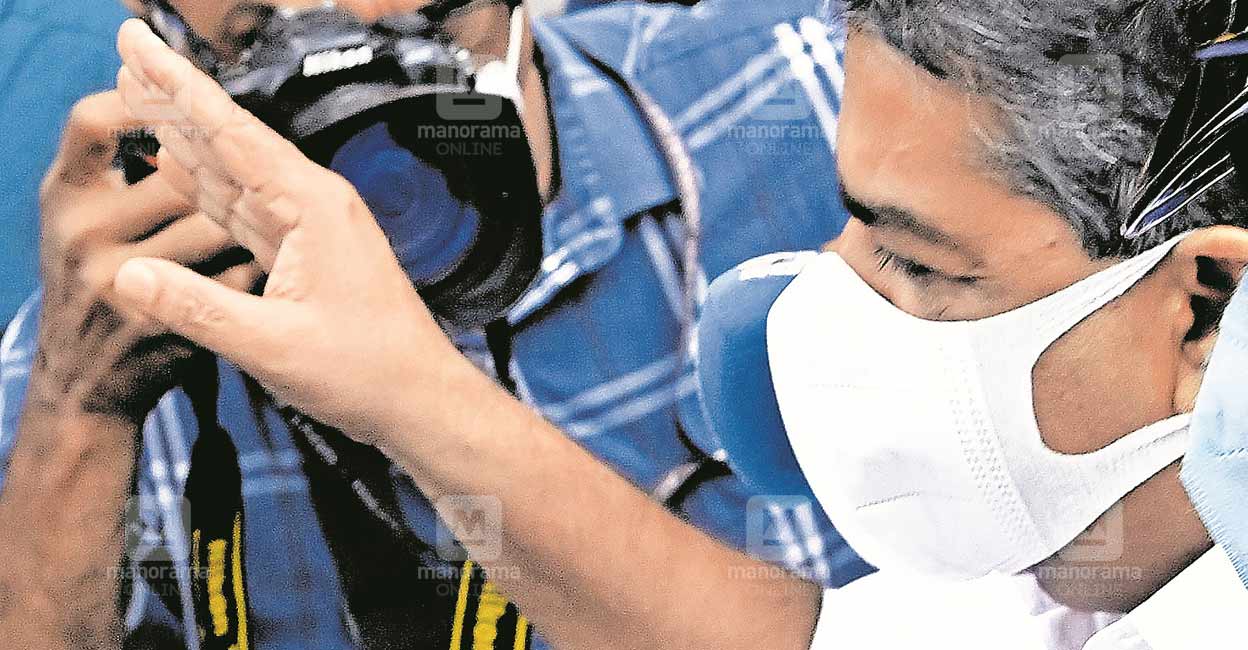 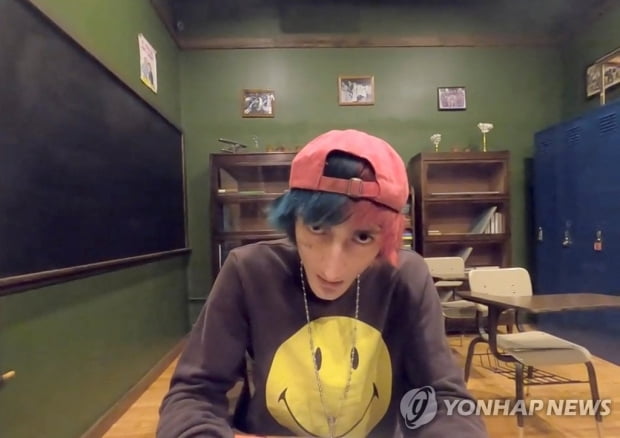 From “The Wilderness” to “The Age of Awakening”, regaining the beauty of going back to the theater to watch dramas
Posted onJuly 7, 2022July 7, 2022