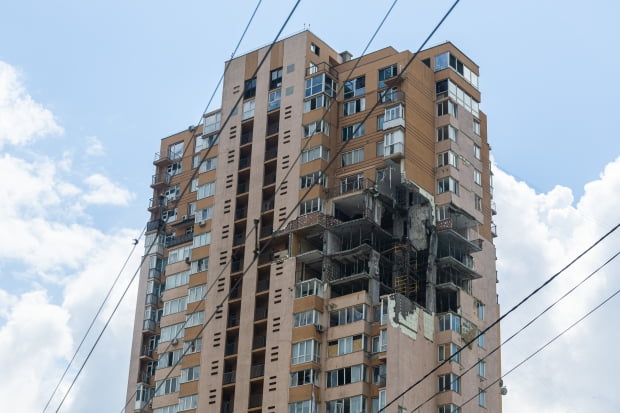 A high-rise apartment building in Kiiu, Ukraine, which was bombed by Russian missiles. /Photo = Yonhap News

According to Yonhap News on the 19th, a government source said that a letter had been sent to Russia asking for details about the facts of the announcement of the death of a Korean who participated in the war.

On the 17th (local time), the Ministry of Defense of Russia published ‘Data on the Status of Foreign Mercenaries on the Ukrainian Side’ and claimed that 13 Korean nationals entered Ukraine, of which 4 died, 8 left Ukraine, and 1 remained. did.

Immediately after the Russian announcement, the Ministry of Foreign Affairs said that it was checking the facts and said, “We have ordered the Korean embassy in Russia, the local diplomatic mission, to find out the facts.”

However, it is unclear whether Russia will provide the data.

Earlier, in April, the Russian side provided South Korea with intelligence that two of the Korean combatants were killed, but it is said that they have not yet responded to the South Korean government’s request for confirmation of the facts.

The international community is also of the opinion that Russia’s announcement may be an international psychological warfare to cause confusion.

Through this announcement, Russia has released figures on the number of participants, deaths and departures from 64 countries.