Top Posts
“Something like this color” → “This is XX”…...
China summons Japanese ambassador cause of former prime...
[오피셜] Damwon Kia recruits ‘Budol’ Noh Tae-yoon… ‘Deokdam’-‘Kelin’...
That’s right again! ‘Aom Skawjai’ screams hard, son...
Only Canada Goose refused to return the goods...
Business trip and traveler ‘crack of lightning’… ‘All...
Chinese and Taiwanese remarks that Abe praised are...
The draw for the World Badminton Tournament is...
aisha sultana second film: Aisha Sultana announces new...
[Pikmin Bloom]What kind of performance difference is there...
Home Sports The cryptocurrency ‘PSG Fan Token’ given to Messi is a hit… 200 million won for the club
Sports

A store for club supplies in Paris Saint-Germain. A jersey with Messi’s jersey number is on sale. EPA = Yonhap News

The effect of signing Lionel Messi from Paris Saint-Germain, a French professional football club, is also showing in the cryptocurrency market.

Paris Saint-Germain, the French soccer league that signed Messi, issued a fan token in June last year. It is a kind of cryptocurrency.

According to major foreign media reports such as Reuters on the 13th, PSG gave Messi a ‘welcome gift’ worth 25 to 30 million euros (about 34 to 41 billion won) as a down payment, and included a ‘PSG fan token’. PSG did not specify the amount of fan tokens given to Messi, but said that it “gives a large amount”. 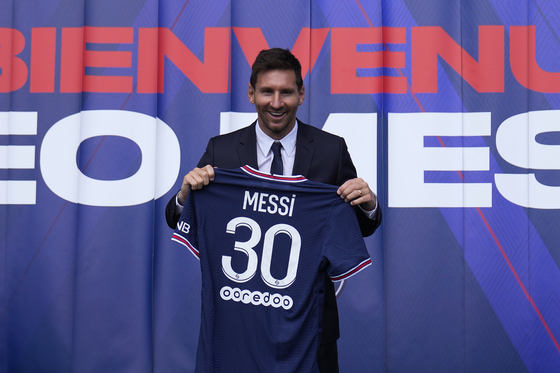 With the signing of Messi, the value of Paris Saint-Germain’s cryptocurrency soared.

According to CoinMarketCap, the PSG fan token, which fluctuated between 10,000 and 20,000 won in June, soared in price as the possibility of Messi joining increased. At the end of July, it surpassed 30,000 won, and by the time Messi’s signing was officially announced on the 11th, it surpassed 67,000 won. It is currently trading at around 40,000 won.

Citing an official familiar with PSG’s fan token issuance business, Reuters reported that the price increase would have earned the club at least 15 million euros (about 20.5 billion won).

Increasing the value of the cryptocurrency issued by the club through the recruitment of players is a new revenue model for the soccer team that has not been found before. Currently, several ‘big clubs’ such as FC Barcelona (Spain), Juventus, and AS Roma (Italy) have joined the fan token issuance.

Each club is working to activate Fan Tokens in a variety of ways, including giving Fan Token holders the opportunity to choose their captain’s armband and club bus design.

Messi’s jerseys are also selling hot. Messi’s jersey with the number 30 on it sold 832,000 copies in the first 24 hours after signing. Sales amount to 90 million euros (123 billion won).

Messi joined PSG as a free agent after his contract with former club FC Barcelona (Spain) expired. His annual salary is said to be around 35 million euros (about 48 billion won).

It has already been evaluated that the increase in the value of cryptocurrency and the revenue from uniform sales alone have already produced more than an annual salary.

Ho-min Joo who rides Ray, why he chose Porsche with a price of 150 million won

The draw for the World Badminton Tournament is...

‘Happy Me Too’ for professional baseball… The...