Chinese-Canadian singer Chris Wu (31, Chinese name Wu Yipan, 吳亦凡), a former EXO member who is active in China, was arrested on the 31st (local time) by the police on charges of rape in China.

Beijing Municipal Public Security Bureau’s Chaoyang branch said in a statement released late on the same day, “We have conducted an investigation into the allegation that Wu Pan (Wu Yi Pan) lured a young woman to have sex on several occasions.” We are conducting criminal detention of In Woo ○ Pan for rape and are conducting investigations into the case.”

Criminal detention in China is a measure of personal restraint equivalent to arrest. Public security officials did not disclose the details of the charges against Chris.

Meanwhile, Chinese public security has been officially investigating the allegations that Chris lured several women, including minors, to have sex with him.

The allegation of sexual assault by Chris came to light after the revelations of Doumeiju (18, 都美竹), who claimed to be Chris’ ex-girlfriend.

In an interview with Wang Yi Entertainment on the 18th, Doumeiju revealed that Chris had seduced many women for sex. In particular, it caused a huge stir in China by claiming that there were more than eight victims, including himself, and two of them were minors.

In response, Chris’s side sued Doumeijoo for blackmailing him for threatening to expose his wealth and demanding a large sum of money. On the 22nd, the Public Security Bureau announced the results of the interim investigation and concluded that the alleged blackmail was not Dumei-Ju, but a man impersonating Dumei-Ju.

At the time, the police said that it was confirmed that Chris was interviewing the female lead in a music video in December last year, and that he had sex with Doumeijoo at his house and then kept in touch.

Public security is aware that there is a high possibility that Chris will be charged with rape in the future.

Under Chinese law, it is not illegal for an adult to have consensual sex with a minor over the age of 14. However, in the case of rape, the death penalty can be imposed. 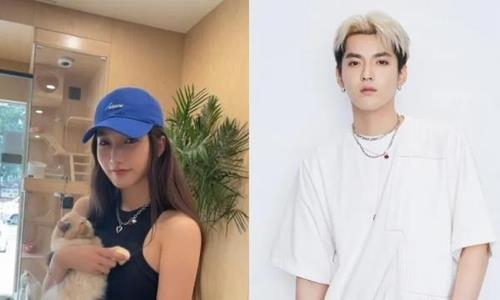 Dumeijou (left) and Chris exposed the scandal. Captured from the website of the Chinese Observer Network

Chris is a Chinese-Canadian actor and singer based in Greater China. He was a former member of SM Entertainment’s group EXO and EXO-M in 2012, but withdrew in 2014. He filed a lawsuit against SM to nullify his exclusive contract, and after coming to China, he became a top star while working as a singer and actor.

More than 4,000 confirmed cases per day on the Tokyo Line… Suga “It has nothing to do with the Olympics”

“If you want to finance your business, sign up now”… What product made the securities company’s phone on fire?

The NESDB searched 7 spots to catch a...

Someone in Shanghai got a new license? The...

The scooter was taken in an elevator...

October 7, 2020
We use cookies on our website to give you the most relevant experience by remembering your preferences and repeat visits. By clicking “Accept All”, you consent to the use of ALL the cookies. However, you may visit "Cookie Settings" to provide a controlled consent.
Cookie SettingsAccept All
Manage consent