The launch of the legendary ‘Katherine Jenkins’ performance at the 24th Bangkok International Music and Performance Festival.

Home » Entertainment » The launch of the legendary ‘Katherine Jenkins’ performance at the 24th Bangkok International Music and Performance Festival.

The 24th Bangkok International Festival of Performing Arts and Music is off to a great start. It opened with an impressive performance by Catherine Jenkins, a classical singer who is loved by the British royal family. who came back to open the show for a 2 year in a row at the request of the fans under the control of the leader who was nominated for a Grammy award, Anthony Inglis, this time with Katherine Jenkins who chose the songs very carefully. The two classic songs are adapted for easy listening. movie soundtrack And the immortal song everyone knows, combined with Katherine’s charm and cuteness. Bring smiles and happiness to the audience singing as part of the show at the main auditorium, Thailand Cultural Center, Huai Khwang District.

Nithi Siprae, Deputy Governor of Digital Research and Development, Tourism
The Tourism Authority of Thailand (TAT) said, “The Tourism Authority of Thailand, as one of the main sponsors for over 20 years, is proud to support the organization of the Bangkok International Music and Performance Festival, which is considered a showcase. something that everyone is excited and looking forward to not only because they realize the importance of organizing the event in terms of raising the level of arts and culture that inspires visitors through a variety of legendary performances But the ability to bring shows from world-class artists from different countries to exhibit in Thailand Among the challenges faced in the era of COVID-19 It is an issue that must be praised and appreciated by the organizing committee. More than 10 shows not only cater for a wide variety of choices. If it still stimulates the tourism economy in Thailand. And it will also create more confidence for foreign tourists to come to Thailand after the country is fully opened.”

In addition to the Katherine Jenkins show, top artists and performers from around the world have also received the opening act. The Crossover category includes world-renowned musicians including pianist Maksim Mrvica and Ten Tenor for dance performances Be ready for contemporary dance by the Todes who will amaze you with their acrobatic movements. and the tap dance of the Celtic Legends There is also a performance by the Bolshoi Theater of Belarus to the accompaniment of ballet Three of the all time favorites are Nutcracker, Scheherazade/Carmen Suite, and Sleeping Beauty. There are also Swan Lake ballet shows (Swan Lake) to 2 shows that will be beautifully told. Different artistic styles from the Ballet Preljocaj from France and the Stanislavski ballet troupe. (Ballet Stanislavsky) from Moscow by various shows and shows It will last until October 18.

The interesting thing is not only this, this year is the first time that the Bangkok International Performing Arts and Music Festival has given young artists the opportunity to study with legendary artists. Under the Student Outreach Program, which aims to improve cultural education in Thailand. By organizing activities with foreign young people and taking master classes with famous artists who have been invited to take part in this expo, it is hoped that fostering engagement with diverse cultures, society and traditions will help shape the new generation to be truly citizens of the world.

Reina Uberoi Baaj, the organizing committee of the Bangkok International Festival of Performing Arts and Music concluded: “We are very pleased that the fair. It has been running continuously for 24 years. We plan to select more than 10 excellent shows from different cultures to gather in this event to bring happiness to Thai people. It is our intention to make Bangkok is the arts and culture center of the region and most importantly To show the world the potential of Thailand as the stage chosen by legendary performances. I would like to invite everyone to bring their family and loved ones to enjoy the art and music experience this year.” 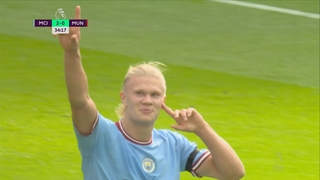