Top Posts
Players do not want to return to these...
Song Dae-gwan “Chinese pay off 28 billion won...
Purchase the first batch of pension financial products...
WHO “There are no reports of Omicron-related deaths...
Villagers humiliate Thieves smash pagodas steal money from...
Laguna Phuket Championship, the first round does not...
Yoon Seok-yeol, “My wife, Kim Geon-hee, if I’m...
[Incoming materials from the market]Alibaba’s stock price has...
[정치]’607.7 trillion super budget’ passed the deadline… Reflected...
European stocks fall on disappointing U.S. employment data,...
Home Business “The pig nose is criticized → The more you see it, the better the contract is”… BMW electric SUV ‘iX’, design and performance ‘disruptive’
Business

“The pig nose is criticized → The more you see it, the better the contract is”… BMW electric SUV ‘iX’, design and performance ‘disruptive’

The electric SUV ‘BMW iX’ with a vertical kidney grille, which was criticized for ‘pig nose’ and ‘rabbit teeth’, hit a jackpot in the pre-order.

BMW Korea (CEO Sang-yoon Han) held ‘THE ULTIMATE i DAY’ at the BMW Driving Center in Yeongjong-do, Incheon on the 22nd and unveiled ‘The iX’, a flagship pure electric model.

The iX is BMW’s new premium electric high-performance SUV. It is an ambitious product released to compete with high-performance brand Porsche and its eternal competitor, Mercedes-Benz, which is expanding its electric vehicle lineup. 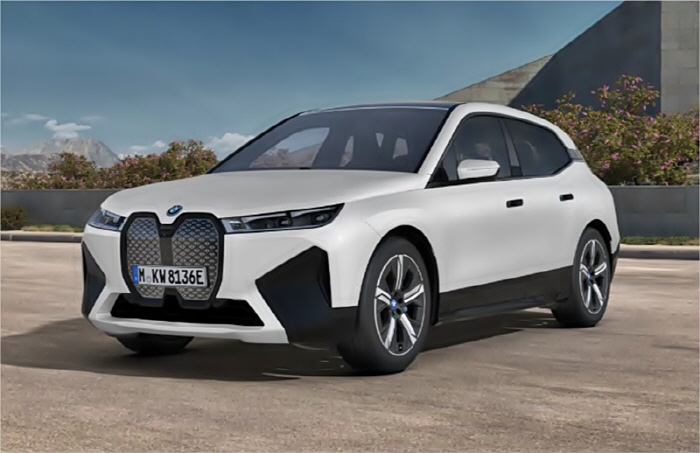 According to a BMW Korea official on the 22nd, the number of iX pre-orders reached 2,042. Considering that 4,851 units of BMW X5 of similar size were sold between January and October of this year, the sales volume of X5 for 4 months was signed.

Since the 1990s, BMW grills have adopted a horizontal kidney grille. The unfamiliar design was criticized rather than praised.

In response, BMW said that the vertical kidney grille symbolizes the design heritage applied to BMW coupes in the 1930s and 1970s, and was adopted to pursue differentiation while continuing the tradition.

In addition, he explained that it will be applied to the iX to be released in the future, saying that it will show the ‘power of design’ that is unforgettable with a familiar but unfamiliar charm.

As in BMW’s notice, the iX also adopted a vertical kidney grille to pursue ‘aesthetics of unfamiliarity’. This means that the iX hit a jackpot in the contract after overcoming criticism for its design.

Just as unfamiliarity gradually turns into freshness, criticism has turned into likes and dislikes, and more and more consumers are giving favorable reviews.

The grill also integrates a camera, radar and various sensors. It acts as an intelligent panel. In combination with the extremely thin BMW Laserlight, we also pursued an intense and future-oriented image.

The overall length and width are X5, the overall height is X6, and the wheel size is X7. This improves the sense of space and has a strong sense of proportion.

The body is the first in its class to combine an aluminum space frame structure with a body shell made of carbon fiber reinforced plastic (CFRP), high-performance thermoplastic resin, high-strength steel, and aluminum.

The body side frame, rain channel, roof frame, cowl panel and rear window frame are all made of carbon fiber reinforced plastic to form a ‘Carbon Cage’. It is designed to enhance the safety of the boarding space and to show agile athletic performance by optimizing the weight.

The interior concept is ‘Premium Lounge’ 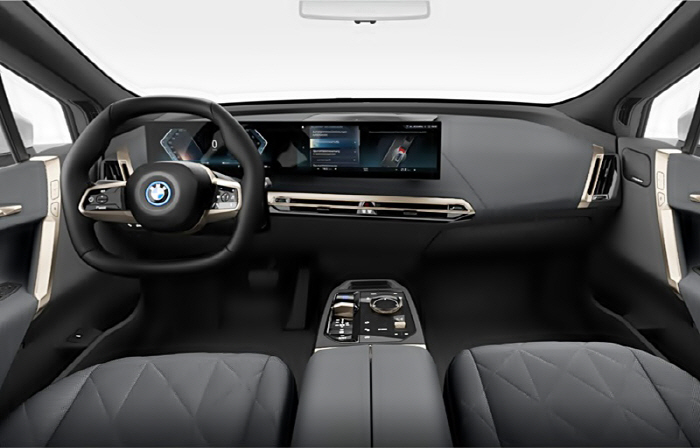 The interior is designed to be reminiscent of a premium lounge. The panoramic glass roof sky lounge with electrochromic shading function is applied to the roof.

There is no additional reinforcement or sun blinds, so the open feeling is excellent. The headroom is also generously secured, providing a sense of spaciousness for all occupants. You can also make the glass opaque with the push of a button.

An integrated headrest seat was also adopted. Eco-friendly natural leather processed with olive leaf extract was applied to the dashboard.

The center console is equipped with a panel made of FSC-certified wood to add a warm feeling. The iDrive controller, volume control dial, gear selector, seat operation and memory buttons are made of crystal to emphasize the luxury. 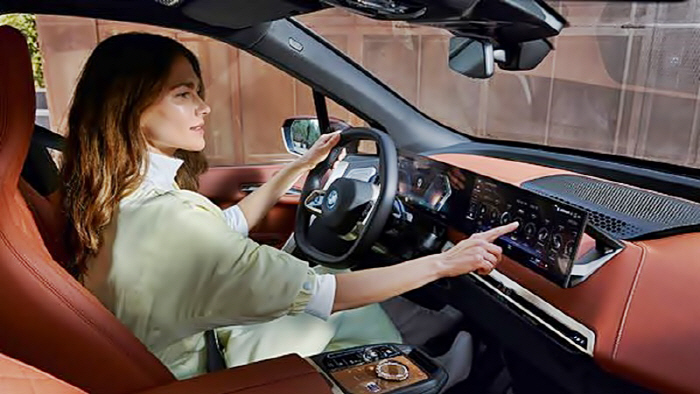 Above the dashboard, a BMW curved display consisting of a 12.3-inch instrument display and a 14.9-inch control display is installed.

In the driver’s seat, a hexagonal steering wheel is applied for the first time in the BMW group for a futuristic atmosphere.

The new minimalistic design of the concept of ‘shy tech’, which normally does not reveal its presence, but works when necessary, also expresses the ‘fun of driving’ pursued by BMW i.

A vertical kidney grill with integrated radar and various sensors and heating elements, a buried door opener that reduces air resistance, a washer fluid inlet hidden in the bonnet emblem, a rear camera located inside the BMW badge, a three-dimensional speaker built into the seat, and a built-in three-dimensional speaker on the instrument panel The Shai Tech concept is reflected in the integrated BMW Head-Up Display. 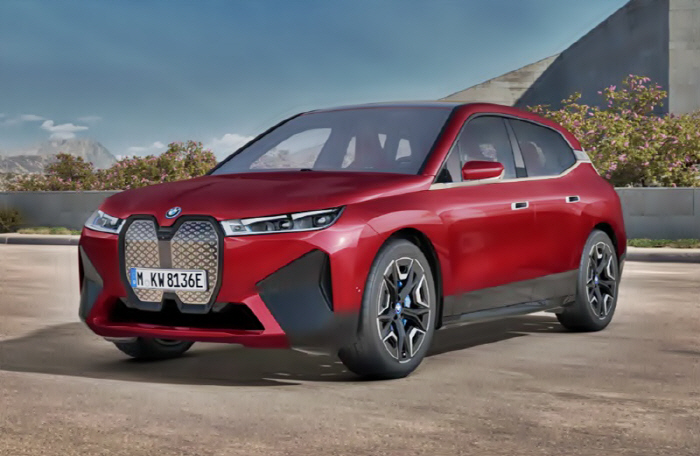 The BMW Iconic Sound Electric, developed jointly with world-famous composer Hans Zimmer, is applied as standard to add a thrill to driving. 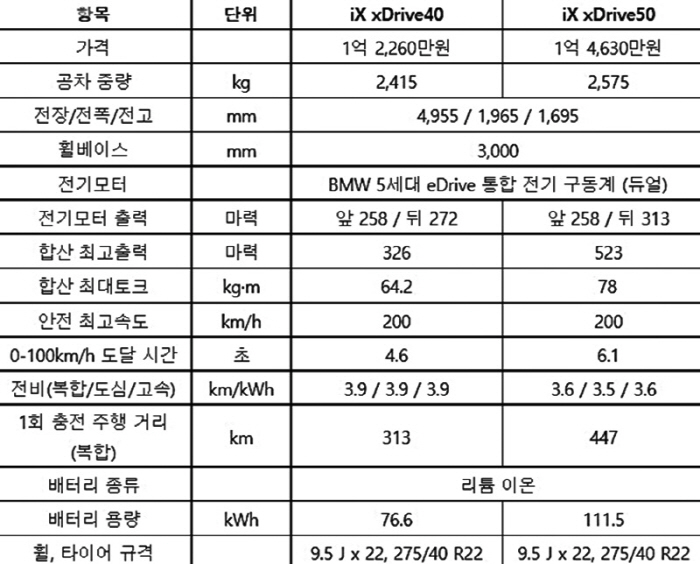 ‘Parking Assistant Plus’ supports easy parking through improved surround view and remote 3D view that allows you to check the vehicle and its surroundings with a smartphone, and ‘Reverse Assistant’ that helps you steer the vehicle backwards up to 50m along the entry route The function is also standard.

Bank of Thailand opens 4 signs of...