The power of the people, the National Assembly decides on the ‘non-captain system’… “Kwon Seong-dong must resign” 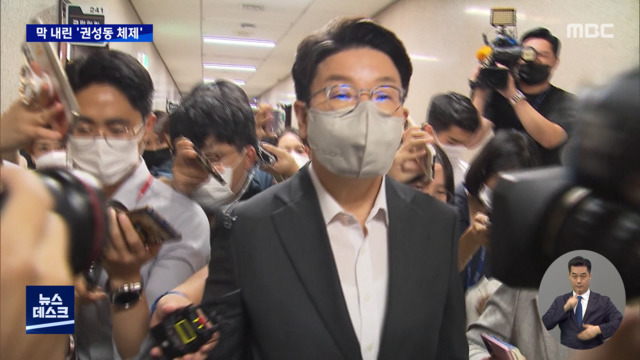 The People’s Power held a general meeting of the National Assembly today and decided to convert the party leadership into an emergency response committee system.

It is said that lawmakers agreed that the party is in an emergency situation now, but representative Lee Jun-seok, whose way back was blocked, immediately objected.

89 out of 115 incumbent lawmakers attended the People’s Power Assembly Meeting.

It was decided that the situation within the party was critical, but floor leader Kwon Seong-dong emphasized the need for a non-captain.

“A majority of the evaluations say that it is impossible for the normal party to deliberate and decide. The crisis must be resolved as soon as possible and support the state affairs.”

The general assembly was over in less than an hour, and the lawmakers expressed their consent to the transition to a ‘non-substitute system’.

“All but a few members of the House of Representatives agreed with the opinion that it was an emergency.”

According to the constitution of the party, there is a stipulation that “in case of an emergency situation, a non-captain may be placed”.

Rep. Jang Je-won, the core of Yoon Hak-kwan, expressed his welcome, but

“I think all the lawmakers have agreed that this is an emergency.”

At a meeting with senior lawmakers held earlier, there were also voices of opposition, saying, “The non-captaining system is a situation in which CEO Lee Jun-seok resigns altogether.”

“I have a position that it is not appropriate as a member of a party for the party to be run like this, not because of democracy within the party, but with ‘yun-simism’ within the party.”

Kim Yong-tae, a member of the Supreme Council of Lee Jun-seok, also opposed the idea, saying, “The idea of ​​depriving party members of the legitimacy granted by the investigation of ’emergency’ is a retrograde of democracy.”

There were also calls for resignation of floor leader Kwon Seong-dong.

Daegu Mayor Hong Jun-pyo insisted on “the general resignation of the leadership” through SNS, and pointed out, “It’s a pity that they are trying to find a side road with trickery.”

However, floor leader Kwon said that the issue of Kwon’s whereabouts was not discussed at the National Assembly, and that even if he puts down his acting role, he will maintain his position as floor leader.