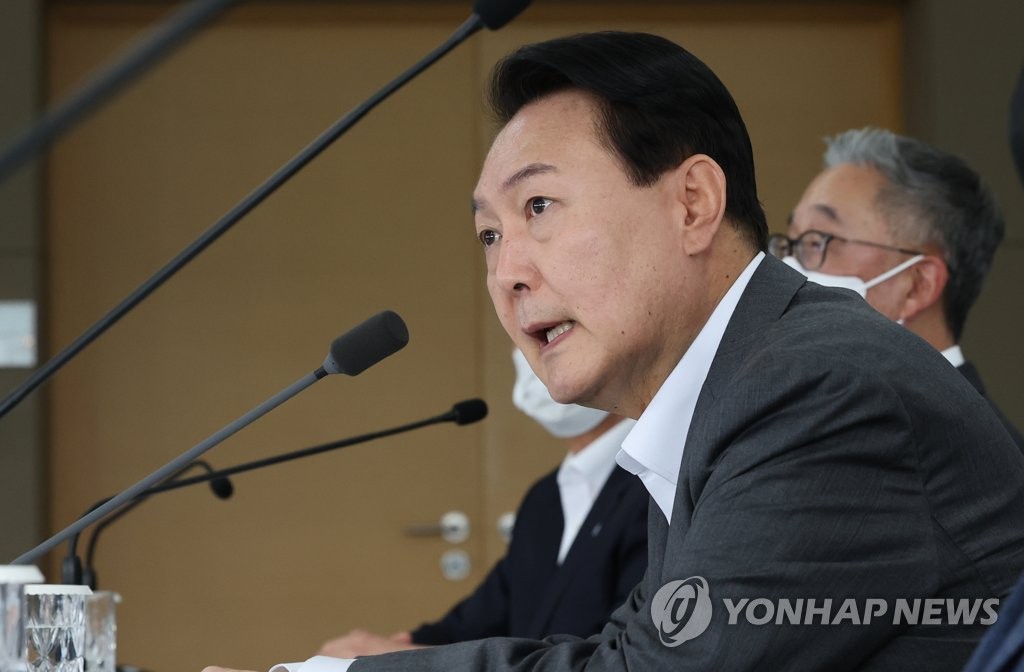 Selecting offices that are wider than Yongsan… Current status survey, such as audits

Against 350 public institutions nationwide… Analysis of the government’s ‘camcorders’

(Sejong = Yonhap News) Reporter Ji-hoon Han and Cha-yeon = The Yoon Seok-yeol government has launched a complete investigation into the current state of public institutions. As a follow-up measure to President Yoon’s order to reform public institutions, a total of 350 institutions across the country are targeted.

While President Yoon pointed out the neglect of public institutions under the previous administration and foreshadowed intensive restructuring, the atmosphere is that the reduction of the office of the head of the agency or the recovery of assets through the sale of the government building are being pursued swiftly.

A key official in the presidential office said in a phone call with Yonhap News on the 23rd, “We will first look at the status of public institutions under government ministries.”

In the presidential office, the Office of the Economic and Finance Secretary will act as a window, but the actual situation investigation is expected to be conducted at each departmental level led by the Ministry of Strategy and Finance, which is in charge of public institutions.

The first survey items are expected to be the site area and total floor area of ​​each public institution, and the office area such as the office of the head of the agency, annexes, and a reception room.

The criteria for the ‘luxury government building’ that President Yoon mentioned as a target for sale is still unclear. However, the ‘average area per employee’ may be the key criterion.

An official from the Ministry of Strategy and Finance told Yonhap News, “We will quickly find out the current situation through a full investigation as soon as possible.”

Another official said in the phone call, “If there is an institution that is too wide per person, it can be reduced to an appropriate size, and other institutions can enter or sell the remaining space.” “It has not been confirmed.”

It is reported that the Ministry of Strategy and Finance has already conducted a ‘sample investigation’ for some public institutions prior to the extensive fact-finding investigation at the official request.

As a practical preparation prior to the full-scale investigation, it was only a day after President Yoon issued the guidelines at the State Council meeting on the 21st.

There is a possibility that a downsizing recommendation will be made for the heads of agencies who use a larger space than the new presidential office in Yongsan.

President Yoon’s main office on the 2nd floor of the former Defense Minister’s Office is known to be narrower than the office of the Supreme Prosecutor’s Office used in the past when he was the Prosecutor General.

An official from the presidential office said in a phone call, “We will try to create a table comparing the area of ​​the president’s office when the area of ​​each public institution is collected through a full investigation.”

On the other hand, there is also the possibility that an investigation will be conducted not only on the size of the office building, but also on the level of salaries and senior personnel such as executive directors of public institutions.

As part of the bone-chilling restructuring at the State Council meeting, President Yoon directly mentioned the return of high-paid executives, including salaries, and the reduction of the welfare system.

“In order to innovate properly, the will of the executives, including the head of the agency, is important,” said an official from the presidential office.

Some analysts say that during the Moon Jae-in administration, the power of the people, the current ruling party, was aimed at those who criticized them as so-called ‘camcorders’ (formers from the camp, code personnel, and members of the Democratic Party).