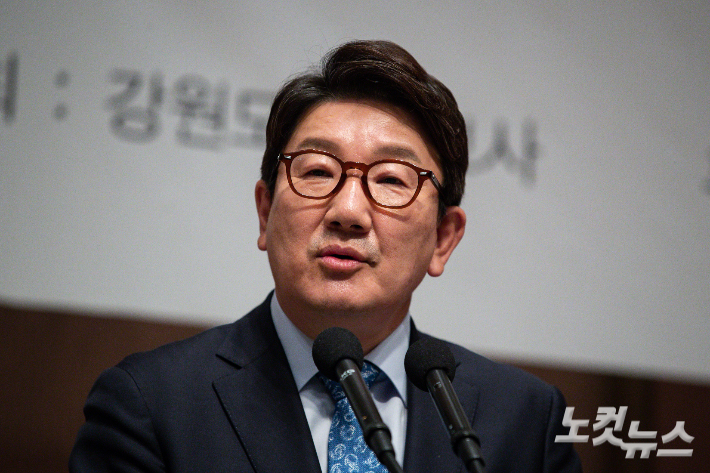 Kwon Seong-dong, floor leader of the People’s Power. National Assembly Photo Foundation
The People’s Power on the 18th defined the shooting of a public official in the West Sea as a ‘operation to North Korea’ by the previous government and demanded an explanation from former President Moon Jae-in.

On the same day, floor leader Kwon Seong-dong asked on his SNS, “Ex-President Moon must answer” and “Why did you try to seal the truth of the public officials who were hit in the West Sea for 15 years while saying you would salvage the truth of the Sewol ferry?”

In addition, he asked, “Why did the weight of life change depending on political advantages and disadvantages while shouting and shouting again and again, ‘People come first’? The former president must express his position.”

At the time of the shooting incident that occurred in September 2020, the Korea Coast Guard announced the results of the investigation as ‘voluntary defection’, but after 1 year and 9 months, the Ministry of National Defense and Coast Guard reversed the conclusion and apologized, saying, “We could not find an intention to defect to North Korea.”

In particular, floor leader Kwon urged the Democratic Party to cooperate with the viewing of the Blue House report on the incident designated as a presidential document. Access to presidential records requires the consent of at least two-thirds of the total number of members of the National Assembly, so it is impossible to read without the consent of the Democratic Party, which is an absolute majority.

Yoon Young-seok, a member of the Supreme Council, argued on social media, “At that time, Moon (former President Moon) and the Democratic Party were in a hurry to see North Korea because they were obsessed with the declaration of an end to the war. .

Rep. Ha Tae-kyung, citing a media report that “the Blue House made a decision to defect to North Korea voluntarily based on the guidelines of the Senior Office for Civil Affairs at the time,” wrote, “The ugly face of the Moon Jae-in government, which took power with the pride of fighting the dictatorship, is being revealed.” Rep. Bae Jun-young, who has 5 West Sea as the constituency, said, “Who drove North Korea to North Korea and fabricated and concealed the truth should be clearly revealed through a proper state inspection and reading of records.”