The wild elephant group is close to Kunming! Also drunk! Who will pay for the losses caused by the “Elephant” all the way to the north? _ Oriental Fortune Network

Original title: Wild Elephant Group is approaching Kunming! Also drunk! Who pays for the losses caused by the “like” all the way to the north?

In the past few days, 15 wild Asian elephants have been “walking and eating” all the way in Yunnan, and the news of the northward migration has been screened by various media. At present, the movement of the elephants has not stopped. Where did they go? Why does the number of elephants continue to change? How will the locals “persuade” the elephants to return?

According to the Yunnan Forestry and Grassland Bureau, as of 21:00 on May 29,The Asian elephants that stayed for 6 days in Eshan County, Yuxi City, Yunnan Province entered the territory of Hongta District, Yuxi City. At present, these 15 wild elephants are less than 100 kilometers away from Kunming city.The joint command center has notified the people along the border to prepare for evacuation and precautions as soon as possible to ensure the safety of people and property.

Why did the elephant group get its name “short-nosed family”?

Elephants are social animals with a family as a unit. The elephant herd that moved all the way north this time is the famous “short-nosed family” elephant herd that has been living in the Xishuangbanna National Nature Reserve. The reason why it is called the “short nose family”,The reason is that a baby elephant in the herd was injured in its nose. In order to facilitate the identification of this elephant herd, the staff of the reserve named them the “short-nosed family”.

The start of the northern migration of this elephant family can be traced back to March 2020.

Why does the number of elephants change?

Over the past year or so, the migration trajectory and number of the “short-nosed family” elephant herd have been constantly changing. From 16 to 17, two more elephants ran away from home, and finally stabilized at 15.

In fact, the two elephants left behind were left behind because they were drunk and had to turn back. During the tracking of the entire elephant herd, the staff found that the elephant herd had also appeared near the winery and was very interested in wine.Why do elephants love to drink so much?

Zhang Jinshuo, deputy curator of the National Zoological Museum, Institute of Zoology, Chinese Academy of Sciences:Elephants like to drink, which is related to the habit of our ancestors to start eating fruits. Fermented fruit will produce ethanol. This smell and a certain concentration of ethanol fermentation will be smelled by fruit-eating organisms, including primates and elephants, and help them find food.

Scientists have discovered that the elephant’s behavior of looking for wine and drinking is basically looking for fruit. It may think that this is its ideal fruit; when it comes to wine or rice wine, it is a very good way to replenish water, so there is At times, elephants drink a lot.

Can elephants be anaesthetized and transported to the habitat?

How to stop the elephants from going north? Can we refer to the wild Siberian tiger entering the village and transporting the entire elephant herd to the habitat after being anesthetized.

Zhang Jinshuo, deputy curator of the National Zoological Museum, Institute of Zoology, Chinese Academy of Sciences:In theory, it is feasible to transport it back through anesthesia. But now the special situation is that 15 elephants are a group. If such a large group is anesthetized, it is possible that when the elephants are anesthetized, other individuals will be angry, stressed, and have some special reactions, so it is a certain degree of difficulty. 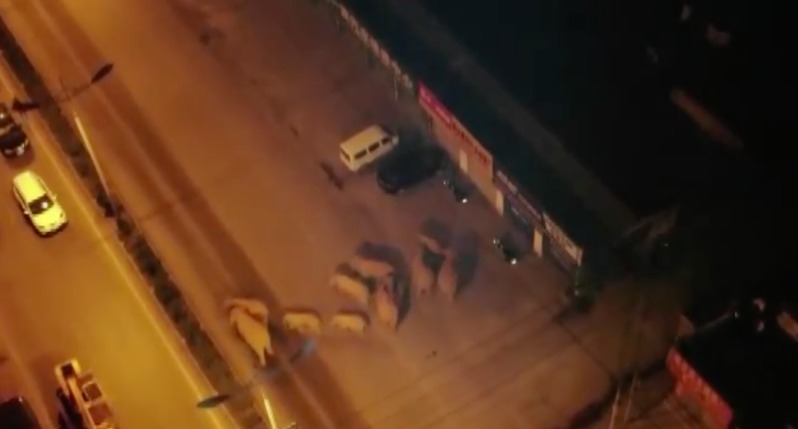 What kind of local plan will be adopted to “persuade” the elephant group?

There are a large number of elephant herds, and the method of anesthesia is dangerous to the lives of elephants, but if the elephants continue to move northward, the same objects and people will be extremely risky. The local area currently has a plan to prevent the elephant herd from going northward. 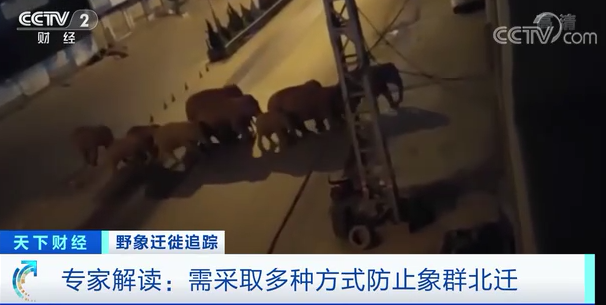 This time the elephant herd moved not only into the village, but even into the streets of the county town, posing a threat to the lives and property of the local people. So, what damage has the elephant group suffered wherever it goes? How much damage did it cause? Who will pay for these losses in the end? Poke the video↓

At present, this group of wild elephants has caused some damage to local crops, and the lives of local people have also been affected. Yunnan has released information showing that up to now, the elephant group has caused 412 incidents in Yuanjiang and Shiping, Yunnan, directly destroying 842 crops. Mu, the preliminary estimate of direct economic loss is nearly 6.8 million yuan. The local villagers said that the government will bear the losses caused by the wild elephants’ “rough walking”.

Solemnly declare: The purpose of this information is to spread more information, and it has nothing to do with this stand.

Father unaware of what happened to Manasa; Rahil...

The mayor of Beijing: Orderly implement the...

March 18, 2021
We use cookies on our website to give you the most relevant experience by remembering your preferences and repeat visits. By clicking “Accept All”, you consent to the use of ALL the cookies. However, you may visit "Cookie Settings" to provide a controlled consent.
Cookie SettingsAccept All
Manage consent