Thinking about VR and Metaverse in 2023 looking back at TGS, which was exciting in VR | GetNavi web GetNavi

Home » Tech » Thinking about VR and Metaverse in 2023 looking back at TGS, which was exciting in VR | GetNavi web GetNavi

When it comes to the topic of the game industry, many people think that Nintendo Switch (Nintendo) and PS5 (Sony) are the main topics, but in fact, the presence of VR devices and VR content camps is increasing as a third force. .

Even at the Tokyo Game Show held in the fall of 2022, we could see the trend of paying attention to VR. I felt the excitement of VR culture in both the VR venue and the main venue, so I’d like to take a moment to reflect on the Tokyo Game Show and think about what VR will be like in 2023. 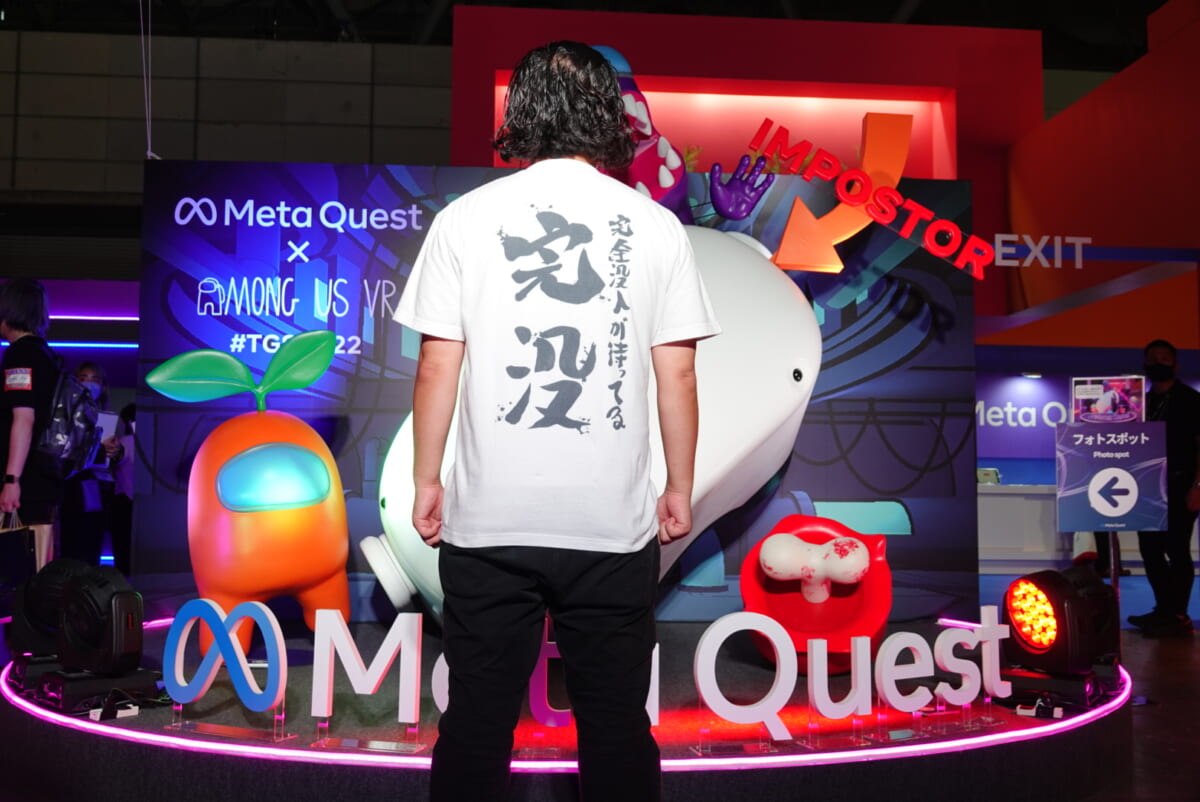 At TGS VR 2022, there was a dedicated venue for VR, 3D models of game characters and large posters were displayed in the booth of each game manufacturer, and content was prepared with game elements. It was a game design that could obtain game information.

The total number of visitors to this TGS VR 2022 is 398,622. By using VR equipment, it was possible to visit from all over the world without spending time and travel expenses, so it was quite popular.

Many people also visited the Makuhari Messe venue, which is the main venue of the Tokyo Game Show. There were even booths where the waiting time for the experience was more than 120 minutes.

The total number of visitors was 138,192. Almost half the number of 262,076 people attended the last real event in 2019, but basically tickets were only sold online in advance, and thorough corona measures were taken, it can be said that he fought hard.

The Meta Quest booth created a long line with a wait time of 120 minutes. The main unit of Meta Quest 2, a rhythm game that makes use of VR, and VR content currently in development can be tested, which attracted a lot of attention.

The booth was divided into a number of small rooms, and staff members were assigned to each room and taught in detail how to wear and operate Meta Quest 2. Unlike the combination of joypad / joystick and flat display that players are used to , the goggles make it impossible to see the surroundings, so we took time to explain the device itself, considering that the user would feel uneasy. In addition, he frequently checked his physical condition, probably because he was worried about VR sickness.

Particularly pushed was the Meta Quest version of “Among Us VR”. Among Us, known as the alien wolf game, has been a great success since around 2020. It is a talking game that repeats the chain of cooperation, suspicion, and betrayal, divided into a crew camp (villagers side the werewolf) and the impostor camp (the same werewolf side). The VR version that can be played with Meta Quest 2 is walking around the spaceship which is the game stage from an FPS perspective and performing the tasks (work) assigned to you. Or you can witness if they are behaving suspiciously .

However, since it is difficult to check the surroundings compared to the original look down, the game has a lot of tension even though the rules are simple.

PICO, which releases standalone VR devices that are cheaper than Meta Quest 2, was also exhibiting at a large booth. We also prepared many playable corners for the latest works compatible with the PICO series, and many visitors were always collected.

Although there was a queue, the turnover was quick and the waiting time short. And because it was right next to the Meta Quest booth, many visitors left the Meta Quest experience line and moved to the PICO booth.

The PICO series uses an Android-based OS like the Meta Quest series, but the details are different. There are also different app stores available. Therefore, the Meta Quest app cannot be used with the PICO series. Perhaps from such a background, the corresponding application appealed in an easy-to-understand manner, saying, “These are the titles you can enjoy with PICO.”

Japanese VR game company Thirdverse presents the multiplayer VR tactical shooter “X8” which allows team battles of up to 5 people against 5 people. X8 can select characters with special abilities, such as VALORANT that can be enjoyed in VR. You can use the joystick to move around the stage, but you can squat down or lean out to shoot while hiding in the shadows of obstacles Designed to take advantage of the immersive feeling of VR tools that allow you to project your form on the character in the virtual space using various sensors.

The MyDearest booth showcased “DYSCHRONIA: Chronos Alternate,” which can be said to be at the forefront of visual novel games. It’s a title where you solve the mystery of an “impossible murder case” as a special inspector with the feeling of diving into the world of anime.

Cluster, which is becoming increasingly popular as social VR from Japan, also exhibited. Although it is an environment that makes it easy to create small garden games like Roblox, it also attracts attention as a metaverse where you can enjoy conversations, plays, live performances, DJ parties, etc. The display also offers different ways to use and play. rice field

An enterprise company was exhibiting VR content at the indie game booth, and we could feel that the VR market was also attracting attention from developers.

Six years from 2016, which was said to be the first year of VR. We are now at a stage where you can buy VR headsets that can be used alone for around 50,000 to 60,000 yen, such as Meta Quest 2 and Pico 4. Sales of PSVR 2 that can be used together are also planned. Bandai Namco Group is also building Metaverse where you can enjoy the world of Gundam.

Of course, it is still a field with high barriers. With current VR headset technology, many people are likely to experience VR sickness, which is similar to motion sickness, from watching 3D images up close. It will be a long time before it reaches a scale that can compete with the gaming market for smartphones and consumer game consoles.

However, there is a strong sense that companies and consumers are demanding hardware and content that optimize VR immersion and its sense of unity. It may remain a niche market in 2023, but we can expect it to become a content field that includes the world.