[Hardcore Research Report]Hongmeng relies on “simple” to attract ecological construction, version 3.0 is just around the corner! Stride into the era of “Internet of Everything”, the roadmap of Hongmeng OS industry investment opportunities is dug out (with core target)

Original title: Less than 7 months after the establishment of this company, it became Rendu’s second largest customer

Recently, Shanghai Rendu Biological Technology Co., Ltd. (hereinafter referred to as “Rendu Biological”) submitted a prospectus, intending to be listed on the Science and Technology Innovation Board, with a public offering of no more than 10 million shares, accounting for no less than 25% of the total share capital after the issuance .

The IPO Daily found that a company has become Rendu Bio’s second largest customer within less than 7 months after its establishment, and with a paid-in capital of only 1.6 million yuan, it actually purchased more than 8 million Rendu Biologics. Yuan goods.

As can be seen,Rendu Biological also lost more than 30 million yuan in 2018, but then its net profit showed a trend of skyrocketing.

It is not difficult to see that before 2020, the reproductive tract products are the main source of income of Rendu Bio. According to a report by the consulting company Sullivan, in 2019, Rendu’s reproductive tract series products ranked first in the market share of the molecular diagnosis of sexually transmitted infections.

In this regard, Rendu Biotech stated that in 2020, due to the impact of the new crown pneumonia epidemic, the company’s new crown detection reagents will have a relatively high amount of income, resulting in an increase in the proportion of respiratory series reagents in operating income.

but,Behind the surge in Rendu’s performance, there is a doubt in its customer list.

The prospectus shows that in 2020, Rendu Bio will generate a sales income of RMB 8,262,400 from Sichuan Lixinwei Biotechnology Co., Ltd. (hereinafter referred to as “Lixinwei”), and Lixinwei is Rendu’s second largest customer.

However, the IPO Daily found that Lixinwei was established in May 2020 through the national enterprise credit information publicity system. 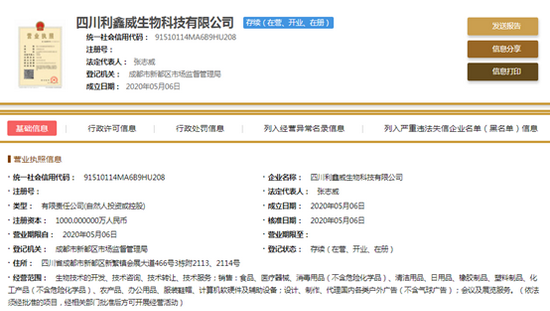 In other words, Lixinwei has just been established for more than 7 months and has become Rendu Bio’s second largest customer. 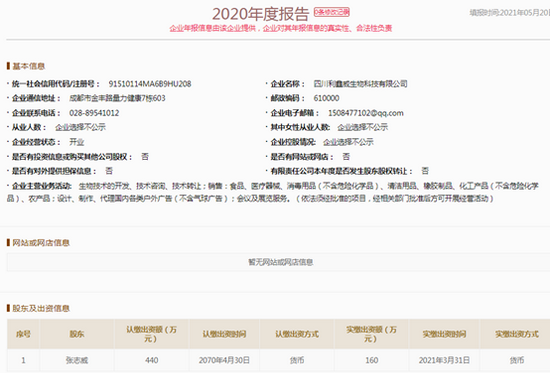 This can’t help but make people wonder. With the paid-in capital of a newly established company of only 1.6 million yuan, where did it get the funds to purchase 8.2624 million yuan from Rendu Bio?

In this regard, Rendu Biotech stated to the IPO Daily that the company has adopted the necessary customer verification procedures for dealers in accordance with the dealer management system; although Sichuan Lixinwei has been established for a short time, its management team has many years of relevant experience in Sichuan. Experience, the current business development is good. There is no direct relationship between the paid-in capital of an enterprise and its purchasing ability. As its specific profit indicators are non-public information, it is inconvenient to disclose. During the 2020 epidemic, the customer mainly purchased the company’s new crown-related products, actively participated in the anti-epidemic work, and played a positive role in the logistics support of local anti-epidemic materials in Sichuan.

Focus on marketing, not R&D

In addition to the above, the IPO Daily also noted that Rendu Biological still seems to be focusing on marketing and ignoring R&D.

In other words, in the past three years, Rendu Bio has invested nearly 134 million yuan more in sales than in research and development.

Nintendo’s first half download ranking announced! “Among Us” is proudly ranked in 2nd place! –funglr Games

The interest rate on mortgage loans in the...

Press the button to open the event “Building...

BAAC clarifies the issue of credit payment for...

The Ministry of Economy, Trade and Industry “Ulsan...

Check here! Where are the walk-in spots for...

After the US election, there are three...

The Ministry of Economy, Trade and Industry...