Top Posts
[Pick] “I will definitely get down on my...
Archery assistant Jung Eui-sun… Sponsorship is also a...
Expert: Xi Jinping wants party members to be...
Min Aung Hlaing asks for time (soon) 2...
Increasing infections and Olympic Organizing Committee Mr. Muto...
PV Sindhu vs He Bingjiao Live Streaming: Tokyo...
“Pangpon Akarawut” announces infection with covid Open a...
PTTEP sells shares of Partex Brasil in Brazil,...
Olive life as a ‘couple’; ‘Revolver Rani’ and...
Possibility of “10 crowns” for Shohei Ohtani? Not...
Home News Those who have completed vaccinations in Indonesia and India cannot be exempted from quarantine upon entry
News

If you have been vaccinated in Indonesia, where the number of new coronavirus infection (COVID-19) cases is rapidly increasing recently, you will not be exempted from quarantine for 14 days upon entering Korea.

On the same day, India, Pakistan and the Philippines were also excluded from quarantine exemptions for those who completed vaccinations when entering Korea along with Indonesia.

According to the Korean embassy in Indonesia on the 28th, Korea’s Central Defense Countermeasures Headquarters notified that it has additionally designated four countries, including Indonesia, as countries with epidemics of COVID-19 in consideration of the COVID-19 situation in Indonesia and the ratio of mutant viruses introduced into Korea.

From July 1st, the Korean government has completed vaccinations approved by the World Health Organization (WHO) abroad and two weeks have passed since domestic and foreign nationals enter the country for humanitarian purposes, such as visiting their immediate family or for academic or public interest. Similarly, the 14-day quarantine exemption was decided.

However, it was decided not to be exempted from quarantine for those arriving from a ‘mutated virus epidemic country’.

When the South Korean government announced the policy on the 13th of this month, it designated 13 countries, including South Africa, Bangladesh, Brazil, Paraguay, and Chile, as countries with mutations.

Then, in the last week (June 20-26), as the number of infected with four major mutations reached 267 in Korea, four more countries including Indonesia, India, Pakistan and the Philippines were added on the same day, bringing the total number of countries with mutations to 21.

Among those who arrived from abroad in the past week, 52 people were infected with the delta mutation, and 36 of them were confirmed to be from Indonesia.

An embassy official said, “Those who have been vaccinated in Indonesia were excluded from the quarantine exemption upon arrival in July, but the Quarantine Countermeasures Headquarters plans to re-evaluate and redesignate the list of countries with mutations every month.” 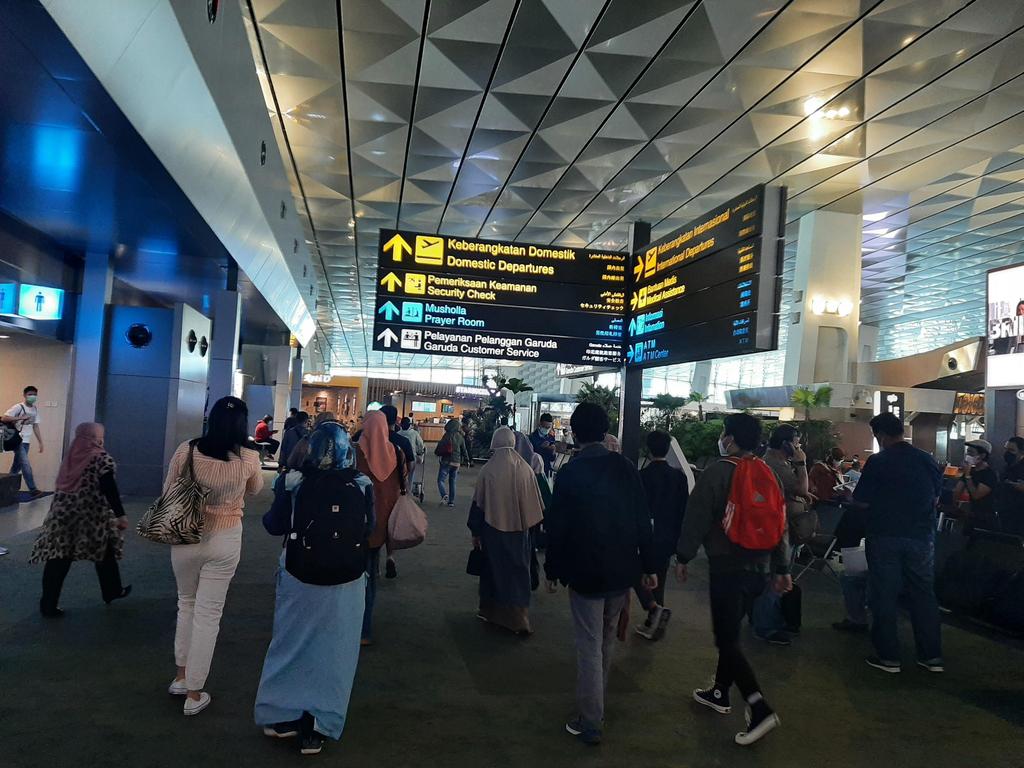 Koreans in Indonesia reacted sadly to the news that they were excluded from quarantine exemption upon completion of vaccination.

Earlier, when the Korean government introduced a policy of exemption from quarantine for those who have completed overseas vaccination, the Korean community was thrilled, saying, “It’s like rain in a drought.”

So far, more than 30 people have applied for issuance of a quarantine exemption letter to the Korean embassy in Indonesia.

Koreans and expatriates who planned to travel to Korea expressed their embarrassment at the announcement of the ‘exclusion of quarantine exemption’, but said, “I hope the rapid increase in the number of confirmed cases will slow down so that they will be removed from the list of countries with mutations in August.”

In the past two weeks, more than 50 Korean confirmed cases have been reported to the embassy, ​​and the actual number of infections is estimated to be more than five times.

On the other hand, an embassy official said, “In order to obtain a quarantine exemption letter, documents with the type of vaccine and the date of inoculation are absolutely necessary.” “The type of vaccine is not indicated in Indonesia’s electronic inoculation certificate, so it must be obtained in writing at the inoculation site.” requested 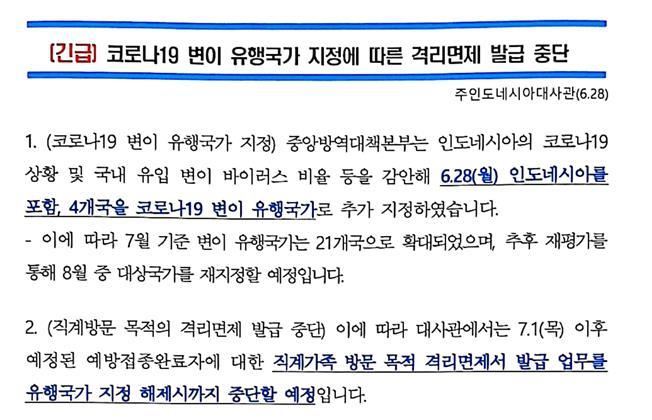 Buses from Kasaragod to Mangalore are limited to...

Prof. Unlock the lock. Open a restaurant in...

| Himanda Bishwa Sharma is the Chief...