China has decided to allow three children to be healed by a couple to cope with the crisis of population decline.

The Chinese Communist Party’s Central Political Bureau held a meeting presided over by President Xi Jinping on the 31st to discuss measures based on the results of the 2020 Census Census announced on the 11th.

The state-run Xinhua News Agency reported on the day that it has decided to allow the birth of three children and adjust childbirth and economic and social policies accordingly.

Allowing a couple to have up to three children means the de facto abolition of the birth control policy.

China has implemented a strict one-child policy since 1979, abolished it after 36 years in November 2015, and turned to a policy to encourage two children.

The measure is expected to allow 90 million Chinese couples to have two children, resulting in an average of 5 million additional newborns each year.

As a result, the total population of China last year exceeded 1.41 billion, but despite the declining mortality rate and an aging trend, the population growth rate over the past decade was 0.53%, the lowest since the 1960s. 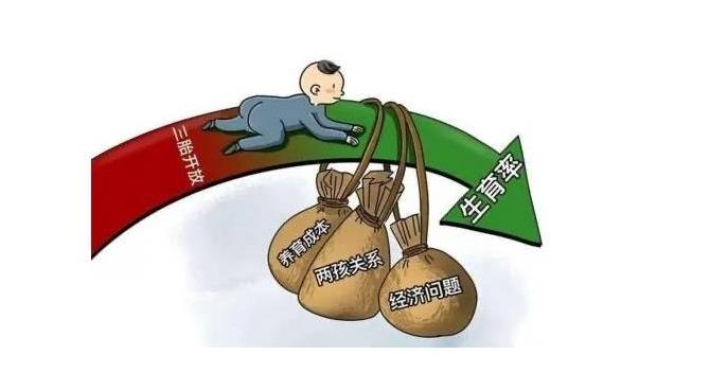 In the midst of this low birth rate, the peak of the population expected in 2026 will be accelerated, and the pessimistic prospect of giving India a place as a population powerhouse appears to have accelerated the abolition of the birth control policy.

The Chinese Communist Party didn’t abruptly pulled out three children. Social debates on the abolition of birth control have continued with the prospect that the population, which is a measure of national power, will stagnate and decrease, leading to a decrease in consumption and a decline in economic vitality.

He Yafu, an independent demographic scholar, predicts that the family planning policy will be abolished at the 19th CCP Central Committee’s Sixth Opportunity Meeting this fall.

Chinese Prime Minister Li Keqiang also suggested “promoting the realization of an appropriate fertility rate” in the government’s work report at the National People’s Congress held in March, citing the possibility of abolition of birth control.

Liaoning’s Vice-Governor Chen Xiangqun urged the government to invest more in childcare and early childhood education in May last year, requesting the removal of strict fertility restrictions in the three northeastern provinces, where the population is rapidly declining at the NPC.

It is unclear whether allowing three children will be a safeguard against a decline in China’s population.

This is because, due to the fierce competition for survival, the increase in nonmarriage and full-time marriage, and post-birth childrearing, child-raising problems and economic burdens are fundamental factors that lower the fertility rate.

In the end, the problems that China is facing are the same as in Korea.

The harsh reality that both married couples have to engage in economic activities due to increased childcare expenses and rising living expenses makes even a successful married couple prefer no children or one child, but it is not difficult to improve this reality.

China’s total fertility rate last year, or the average number of births that women of childbearing age are expected to have, was 1.3, much lower than the level required for a stable population of 2.1.

Korea is the lowest among the countries to be compared with 1.1, which is lower than China.

The first defendant in the Hong Kong Security...

“The result of a ‘corona positive’ test on...

Indonesian man who was hit with Chinese synobag...

November 30, 2020
We use cookies on our website to give you the most relevant experience by remembering your preferences and repeat visits. By clicking “Accept All”, you consent to the use of ALL the cookies. However, you may visit "Cookie Settings" to provide a controlled consent.
Cookie SettingsAccept All
Manage consent