Three competition areas, 12 competition venues are fully equipped to host the Beijing Winter Olympics, the preparations for the Paralympics are ready

Home » News » Three competition areas, 12 competition venues are fully equipped to host the Beijing Winter Olympics, the preparations for the Paralympics are ready

[Report from the press conference of the State Council Information Office]

Preparations for the Beijing Winter Olympics and Paralympics are ready

On the morning of December 3, the State Council Information Office held a press conference to introduce the latest developments in the preparations for the Beijing Winter Olympics and Paralympics. Yan Cheng, Executive Director of the Operation Command Center of the Beijing Winter Olympics and Paralympics, introduced: The Beijing 2022 Winter Olympics is scheduled to open on February 4 and close on February 20; the Winter Paralympics is scheduled on March 4 Opening and closing on March 13. At present, all preparations are in place. In terms of venues and infrastructure, all 12 competition venues have been completed, and they have passed the certification of the International Winter Individual Sports Organization and fully meet the conditions for the competition.

Up to now, the venues and infrastructure of the Beijing Winter Olympics and Paralympics have met the requirements for the competition. All 12 competition venues have been completed, and they have passed the certification of the International Winter Individual Sports Organization, and they are fully qualified for the competition. Newly-built venues such as the National Speed ​​Skating Hall “Ice Ribbon”, the National Snow Sledding Center “Snow You Dragon”, and the National Ski Jumping Center “Xue Ruyi” have fully integrated Chinese cultural elements while meeting the requirements of the competition. An eye-catching landmark building. Three non-competition venues such as the Winter Olympic Village and the main media center were delivered to use. Infrastructure such as the Beijing-Zhangjiakou High-speed Railway and Jingli Expressway was put into operation. Infrastructure such as water, electricity, and weather was progressing smoothly. The environment for barrier-free facilities was further improved to fully satisfy the winter disabled Olympic Games requirements.

In terms of competition organization, the Beijing Winter Olympics Organizing Committee has released version 10.0 of the Winter Olympics unit competition schedule and version 2.3 of the Winter Paralympic competition schedule, compiled and completed the 6th edition of the facility manuals for competition venues and training venues, and tracked athlete qualifications, etc. Work. The venue-based operation mode during the game is fully implemented. Last year, backbone forces were drawn from the Winter Olympics Organizing Committee, the local government, and the owner unit to form a venue operation team to be responsible for the event organization, epidemic prevention and control, facility maintenance, and service of each venue. Guarantee and other work.

In order to further enhance the venues’ ability to operate and guarantee during the match, the Beijing Winter Olympics Organizing Committee has coordinated the three competition areas and various venues to successively hold the “Meet in Beijing” series of test competitions from October 5th to the end of December this year, including 10 international events. Competitions, 3 international training weeks and 2 domestic testing activities. This is a series of all-element running tests before the Winter Olympics. All-element tests are carried out in full accordance with the Winter Olympics standards. By the end of all competitions, it is expected that there will be more than 2,000 overseas Athletes, team officials and international technical officials come to China to participate in the competition through closed-loop management.

For the main features and effects of this series of test competitions, Yan Cheng summed it up with five “izations”: the organization of the event is highly internationalized, the venues and facilities are highly technological, the operation of the venues is fully actualized, the service guarantee reflects humanity, and epidemic prevention and control. Achieve integration.

According to Yan Cheng, up to now, 6 events including the Short Track Speed ​​Skating World Cup hosted by the Beijing Division, 5 events including the Sled World Cup hosted by the Yanqing Division, and the Snowboard and Freestyle Ski Obstacle Chasing World Cup hosted by the Zhangjiakou Division have all been completed. At the end, most of the test competition process has passed. In December, the Zhangjiakou competition area will also host three events in the Nordic Intercontinental Cup, Ski Jumping Intercontinental Cup and Biathlon International Training Week. Judging from the test matches that have ended, the event is running well, achieving the set test goals, and winning positive comments from international sports organizations, participating athletes, and domestic and foreign media.

While the test competition was held, the preparatory work for the Winter Olympics continued to deepen. All 12 competition venues have been completed and have the conditions for the competition. The ice project venues have completed ice making, and the snow project venues and track preparations are progressing smoothly. The Winter Olympic Villages in the three competition areas were refurbished, lighting up the floor lamps one after another, and carrying out a series of full-process, full-element, and scenario-based operational stress tests. The operation teams of all competition venues and non-competition venues have been established, with personnel in place, ready to welcome the arrival of the event. Preparations for the torch relay and opening and closing ceremonies have been deepened day by day, and publicity and promotion activities have continued to heat up. It is worth mentioning that on November 28, the Beijing Winter Olympics Organizing Committee and the International Olympic Committee jointly launched a “one day during the game” comprehensive exercise, which triggered emergencies in different scenarios, and provided command, dispatch and emergency response to the Winter Olympics. The ability has been comprehensively tested, laying a solid foundation for the Olympic Games to be held on schedule, safely and smoothly. 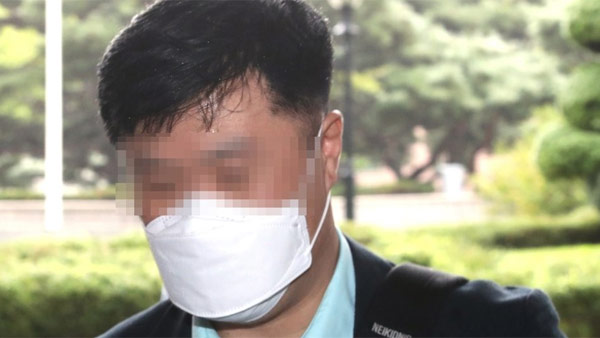