Trot singer Park Gun applied for a special warrior because he said,’I can go to college and pay my salary’.

Trot singer Park Gun confessed the reason for applying for a special warrior.

In the SBS Plus-Channel S program’Love Dosa’, which airs on June 1st, trot singer Park Gun, from a special warrior, will appear.

In the recording that day, Park asked the MC Shindong question, “Why did you think to go to a special warrior?” “I wanted to make money by graduating quickly and attending a company. But, shouldn’t the army go anyway?”

Park, who has been a part-time delivery job since childhood, and has played the most role, saw a poster for recruiting special soldiers at the terminal while delivering. He applied for saying that if he entered a special warrior, he could get a salary and go to college.

Park, who shared the story, said, “Why would I be so hard while working part-time, and I would not do this job when I graduate. But I went to a special warrior, but it was harder than a part-time job,” he recalled. Park said that when it was really difficult, he went to his mother, where he died and cried. The performers who heard this were saddened by the way he endured a hard life. 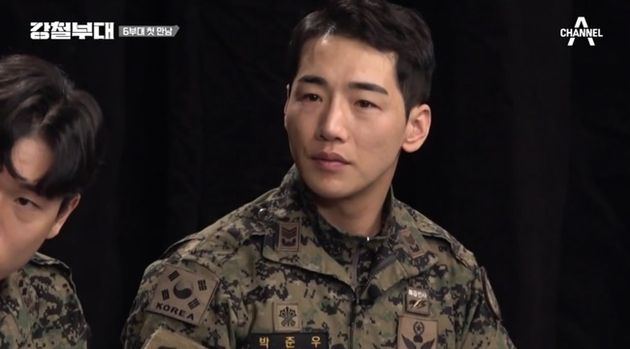 Meanwhile, Park lived alone with her divorced mother. His mother was sentenced to terminal cancer when Park was 15 years old. Park, who chose to become a professional soldier instead of going to college to support his mother, was appointed as a special warrior sergeant. After working as a professional soldier for about 15 years, he was discharged last May to fulfill his dream of becoming a singer.

Park is currently appearing in the survival entertainment program’Steel Troops’ that airs on Channel A.

Wife-daughter reveals that “Sena Coke” fights to the...

Maraikkar petitions not to screen film; The High...

Po Nattawut posted a thank you message after...

34 bodies of victims of violence arrived...

March 15, 2021
We use cookies on our website to give you the most relevant experience by remembering your preferences and repeat visits. By clicking “Accept All”, you consent to the use of ALL the cookies. However, you may visit "Cookie Settings" to provide a controlled consent.
Cookie SettingsAccept All
Manage consent