Two clusters of infections linked to each other, Macau increases to 36 people infected with new coronary pneumonia 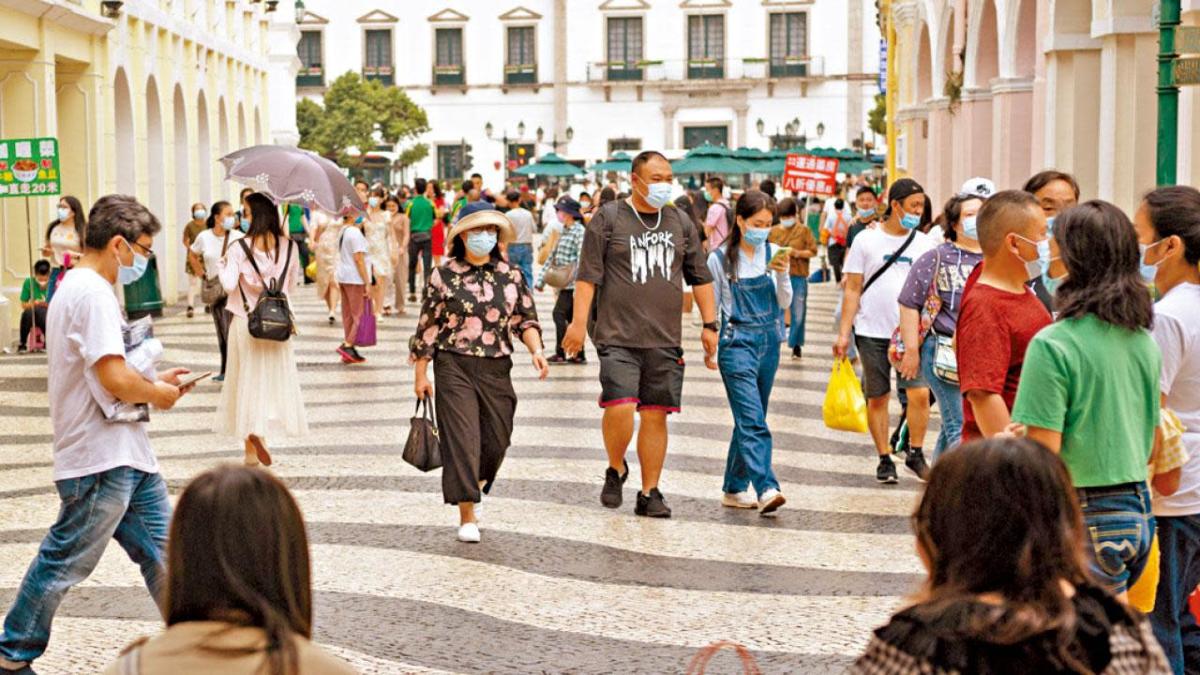 The new crown epidemic in Macau has expanded, and as of 4:00 p.m. yesterday, 36 people have been infected. The source of the infection is not yet known. The Health Bureau pointed out that there are currently two groups in the current wave of the epidemic, namely the Burmese foreign employee group and the prison staff group. Fruit shop; group members include primary school teachers, and there were also group members who attended wedding banquets, with more than 300 contacts according to preliminary statistics.

Macau started the forced inspection at noon the day before yesterday. As of 4:00 p.m. yesterday, nearly 460,000 people had been sampled, of which nearly 270,000 had been tested negative, and another 3 samples of 10 mixed 1 were initially positive, and further re-examinations were required. Among the 36 people infected, preliminary tests by the Health Bureau found that most of them were infected with the Omicron variant virus. The Macau East Asian Games Gymnasium, commonly known as the “Macau Egg”, has been converted into a makeshift hospital, and the cabin will be opened to receive patients as soon as today.

As for the connection between the two infection groups, the Macau Health Bureau pointed out that a mainland employee of the siuwei shop involved in Zhuhai who traveled to and from Zhuhai and Macau every day was diagnosed in Zhuhai, but the employee belonged to the prison employee group; The fruit stall opposite the restaurant visited relatives, and one of the foreign employees in the Myanmar foreign employee group often passed by the siuwei restaurant involved. The order of infection of the two groups is currently unknown.

In response to the sudden outbreak of the epidemic in Macau, Zhuhai launched three consecutive days of forced inspections in the Hengqin Guangdong-Macao Deep Cooperation Zone, Xiangzhou District, and High-tech Zone since the early morning of the day before yesterday. The Zhuhai government announced last night that a total of 1.7865 million people were sampled and tested on the first day, all of which were negative. In addition, Zhuhai reported 2 imported cases from Macau and 1 imported case from Hong Kong the day before. The authorities also found at several entertainment venues in Gongbei, Xiangzhou District that night, a total of 13 recent immigrants from Macau were present at the scene, violating the quarantine regulations and punishing them with administrative detention. 10th.
Tangshan Qianxi requires quarantined people to eat Lianhua Qingwen to prevent infection

In terms of the overall epidemic situation in the mainland, there were 38 new confirmed cases and 71 asymptomatic infections the day before yesterday, with local cases accounting for 14 and 10 respectively, mainly found in Shanghai and Beijing. Another negative news broke out in Tangshan, Hebei. A woman surnamed Zhang arrived in Qianxi County, Tangshan from a low-risk area in Beijing last Friday. During the centralized isolation in the hotel, the hotel staff distributed Lianhua Qingwen capsules (pictured), saying that they must be taken after every meal. Take it for the purpose of preventing the new crown, and take a selfie of the medicine video. If you do not take it, it will be reported to the relevant unit. The hotel admitted that it was “medicine issued by the command above.” The staff of the centralized isolation team of Qianxi County Epidemic Headquarters responded that all people in centralized isolation should take it. Qingwen), take preventive medicine, do not force it into the mouth, and sign a letter of commitment if you don’t want to eat it.”

The original article was published on AM730 https://www.am730.com.hk/China/Two infected clusters are linked-Macau increases to 36 people infected with new crown pneumonia/324893

My honest confession to Jiyeonsoo and Eli. When you come back, don’t shake me and Minsu again. Divorce 2
Posted onJuly 1, 2022July 1, 2022