U.S. Defense Authorization Act next year will also specify that the current level of U.S. forces in Korea will be maintained. 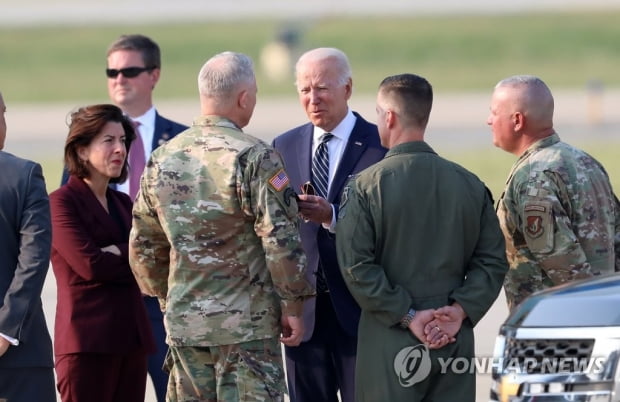 House alternative, mentions 28,500 USFK troops and “keeps current size”
Requested to report on ‘Long-term strengthening of Korean defense plan’ before March next year
Senate alternative “need to respond to North Korean threat”… Leave the resolution and integrated review of the upper and lower houses of the plenary session

It is expected that the National Defense Authorization Act (NDAA), which contains the defense budget specification for the next fiscal year (October 2022 to September 2023) of the United States, will specify that the USFK will be maintained at the current level.

According to the U.S. Congress on the 23rd (local time), the military committees of the House and Senate recently completed the review of the Defense Authorization Act, which dealt with the defense budget for fiscal year 2023, and passed it on to the plenary session of the Senate and House respectively.

The alternative, which passed the House of Representatives Armed Forces Committee, which is relatively heavy, states the importance of South Korea as a key ally, and that USFK is providing core support as a national security platform in the Indo-Pacific region while strongly deterring North Korean military aggression. evaluation content is included.

Previously, the Joe Biden administration excluded the USFK current level maintenance rule from this year’s NDAA, but added it during the committee’s review process.

Read Also  'The cry of the buffalo in the slaughterhouse of PC George; If you spit poison, you will stay inside '| Pinrayi Vijayan | PC George | V Sivankutty

However, the reduction restrictions that prevented the use of budgets to reduce USFK troops below the current level were removed from last year.

In addition, the NDAA bill for next fiscal year further emphasized the importance of the ROK-US alliance by providing a separate item for the 70th anniversary of the ROK-US Mutual Defense Treaty.

“The ROK-U.S. alliance was built on the basis of shared sacrifice and is a key pillar of peace and security in the Indo-Pacific region,” the alternative said.

“In the face of increasing regional challenges, including threats to the norms-based international order, the ROK and the United States are united in deepening and expanding our defense alliance,” he said to the Defense Minister before March 1 next year. Report on long-term strengthening plans for

The alternative, which passed the Senate Armed Forces Committee, said the Pentagon must respond to threats from North Korea, Iran and violent terrorist groups.

After the NDAA bill has been reviewed by the standing committee, it is passed through a separate integrated review to adjust the different contents and then reconstituted as a single bill.

After a vote in the plenary session of the House and Senate again, the process of deliberation by Congress is completed, and after it is passed on to President Biden, it will be promulgated.

Some are discussing the possibility that the NDAA process will be delayed until after the midterm elections, in consideration of the upcoming midterm elections scheduled for November and the controversial gun control law deliberation.