U.S. existing home sales fell to a 2-year low in May, the median home price rose above $400,000 for the first time | Anue Juheng – US stocks 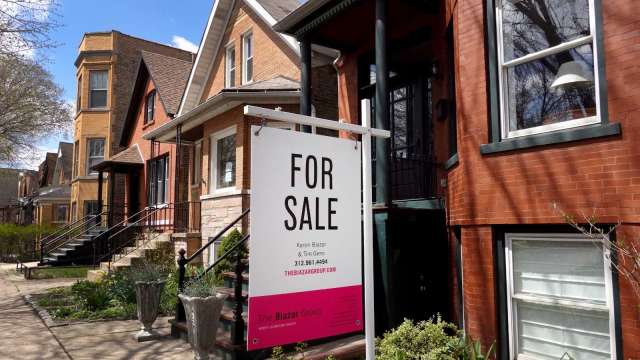 Data from the National Association of Realtors (NAR) showed on Tuesday that the monthly growth rate of existing home sales in the United States fell 3.4% in May, falling to a two-year low and falling for four consecutive months. The seasonally adjusted annual rate 5.41 million, higher than the expected 5.39 million, the previous value was revised down to 5.6 million. In addition, the median home price rose above the $400,000 mark for the first time in May, rewriting an all-time high.

The data is based on sales completions in the current month, representing contracts signed in March and April, during which the average 30-year fixed-rate mortgage rate rose from around 4% to 5.5%.

According to the Mortgage News Daily, the average interest rate on a 30-year fixed-rate mortgage is currently around 6%. Rising interest rates, as well as rapidly soaring housing prices and sluggish supply, have dealt a triple whammy to homebuyers, and first-time buyers have been marginalized from the market.

“I do expect a further decline in the monthly rate of existing home sales, and the impact of higher mortgage rates is not fully reflected in the data,” said Lawrence Yun, chief economist at NAR.

Home prices continue to be driven up by a lack of supply, with the median home price of homes sold in May surpassing the $400,000 mark at $407,600, an increase of 14.8% from a year earlier and the highest rate since realtors began tracking records in the late 1980s. new highs.

However, homes are selling fairly quickly, with homes on the market for an average of just 16 days, the lowest recorded by realtors. In addition, all-cash sales still represent 25% of total sales. Investors accounted for 16% of all deals, down slightly from both April and the same period last year.

First-time buyers accounted for just 27% of all transactions, down from 31% a year ago. Clearly, affordability hits them the hardest, as rents are also rising.

The average rate on a 30-year fixed-rate mortgage rose 55 basis points last week to a 13.5-year high of 5.78%, the largest weekly gain since 1987, according to data from mortgage lender Freddie Mac. The rate has surged more than 250 basis points since January.