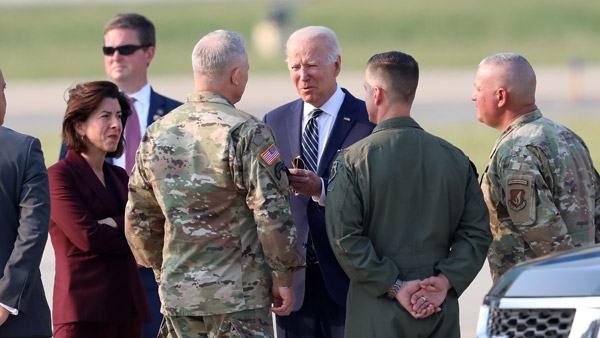 In the Defense Authorization Act, which contains the details of the US defense budget for the next fiscal year, it was stipulated that US forces in Korea would be maintained at the current level.

According to the US Congress, the military committees of the House and the Senate recently completed the review of the Defense Authorization Bill dealing with the fiscal year 2023 defense budget on the 23rd local time and handed it over to the plenary session of the Senate and House respectively.

As for the alternative that passed the House of Representatives Armed Forces Committee, which is relatively heavy, the size of the USFK is specified at 28,500 as in this year’s Defense Authorization Act, and the current size of the strong USFK is increased to deter attacks on the United States and its allies. stipulated that it should be maintained.

Also included is a new regulation that requires the defense minister to report to Congress before March next year on the strengthening of extended deterrence against the North Korean nuclear threat, which was agreed upon at the first summit between President Yoon Seok-yeol and US President Joe Biden.

In the alternative, “President Yun and President Biden reaffirmed their commitment to extended deterrence to South Korea using the full range of U.S. defense assets, including nuclear, conventional and missile defense, in a joint statement by the U.S. and the Republic of Korea on May 21, 2022.” Content is included.

“The two leaders agreed to restart the high-level extended deterrence strategy consultative body, or EDSCG, as soon as possible,” he said. was reconfirmed,” he added.

To this end, the Military Commission demanded that the Defense Minister “report on how it will fulfill its extended deterrence commitments to South Korea before March 1 next year and what progress has been made at the EDSCG.”