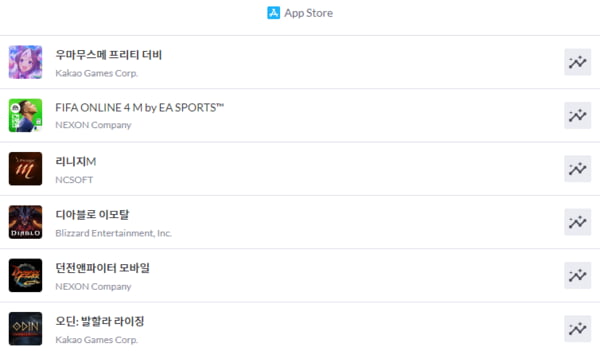 Uma Musume is a training simulation game in which characters inherit the names and souls of real racehorses and compete to achieve their dreams by winning races. Its unique concept and immersive story development are its typical characteristics. With high-quality 3D graphics, free nurturing strategy, and character full of three-dimensional effect, it is consistently maintaining the top spot in popularity and sales of Japanese mobile games.

Its popularity in the Japanese market continued in Korea. Since it opened at 11 am on the 20th, it has ranked first in popularity in the Apple App Store based on the number of downloads. Then, it ranked second in Apple’s App Store sales at around 7 pm, and achieved first place in sales around 11 pm. The size of the Apple App Store market in Korea is the 3rd in terms of transaction volume. According to Counterpoint Research, Apple accounts for 32% of the domestic smartphone market share.