Top Posts
“Kamen Rider W” sequel animation “Tantei Kazeto” will...
Samsung Electronics ‘80,000 electronics’ and SK Hynix’ ‘120,000...
President Moon “36 million vaccinated before Chuseok”… Promotion...
[영상] The woman who assaulted an elderly Korean...
Sungkyunkwan University Samsung Convergence Medical Science Institute Professor...
The Korea-Japan match is a baseball ‘even if...
No drama! Lala shouldn’t have put the picture...
“China Regulates the Game Industry” to the next...
The governor of Phitsanulok province insists that there...
India suffered from corona virus outbreak, this time...
Home News US, “open to diplomacy with North Korea” in criticism of North Korea
News

The US State Department emphasized its willingness to resolve the North Korean nuclear issue through diplomacy instead of direct response to North Korea’s criticism of the US over the lifting of the US-ROK missile guidelines on the 31st (local time).

“Our policy toward North Korea is open to diplomacy with North Korea and requires a coordinated and pragmatic approach to seek diplomacy,” said Lee. “He said.

In the meantime, in response to the North Korean nuclear and missile threats, Korea and the United States have revised missile guidelines several times to increase the range and weight of missiles that the ROK military can develop.

Then, at a summit meeting held in the United States on the 21st, the ROK-US leaders lifted the current 800 km range limit and ended the missile instructions completely.

Accordingly, North Korea’s Chosun Central News Agency criticized it as “deliberate hostilities” in the name of international issue critic Kim Myung-cheol and “a intensive expression of the anti-North Korea policy against which the United States is clinging”. 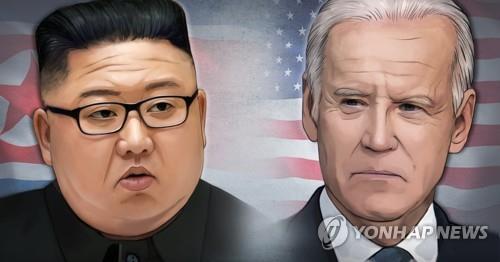 North Korea proposed the principle of “strong, strong, first-to-first” to the administration of Joe Biden, demanding the withdrawal of its hostile policy, which defined the US’s action as a hostile policy against North Korea.

A State Department spokesman’s comment on the day is interpreted to imply that North Korea responds to US diplomatic gestures by stressing the biden administration’s new policy stance toward North Korea and a solution through diplomacy in principle, avoiding direct response to North Korea’s criticism .

The Pentagon also spared a statement to Yonhap News’ inquiries that “we generally do not comment on other government comments.”

Kevin Rudd accepts an exclusive interview with the BBC: “We need to unite against China”-BBC News

The subscription funds exceed 30 billion!The proportion of the first batch of REITs being snapped up is as low as 1.5%, and institutions suggest risks

The governor of Phitsanulok province insists that there...

Self-employed person who met with the ruling party...

The Cabinet gave the green light to move...

It was a record heavy rain… Last year’s...

Open the knot of the girl who was...

June 17, 2021
We use cookies on our website to give you the most relevant experience by remembering your preferences and repeat visits. By clicking “Accept All”, you consent to the use of ALL the cookies. However, you may visit "Cookie Settings" to provide a controlled consent.
Cookie SettingsAccept All
Manage consent