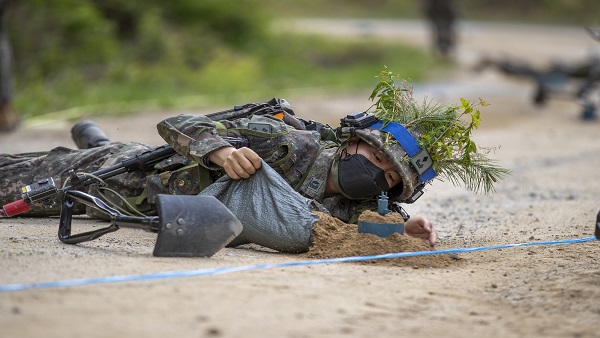 The US completely bans the use of anti-personnel mines outside of the Korean Peninsula.

The White House said in a press release on the 21st local time that it would ban the use of anti-personnel mines outside the Korean Peninsula in accordance with the Ottawa Agreement.

The Ottawa Convention bans the use, production, and stockpiling of anti-personnel mines. Some 160 countries, including NATO members, have signed up, but the United States, South Korea, China and North Korea have not.

The White House explained that under these guidelines, the U.S. does not produce, use, or stockpile landmines and does not support any action in violation of the Ottawa Convention other than for the purpose of defending the Korean Peninsula.

It also said that it will not export or move mines except for the purpose of detecting or removing mines, and will destroy mines that are not necessary for the defense of the Korean Peninsula.

The White House said, “After sufficient policy review, we have decided to join the anti-personnel mine restrictions that most countries around the world are participating in,” the White House said in a statement. ” he said.

The National Security Council (NSC) said in a separate statement that “the world has once again witnessed the horrific effects of anti-personnel mines in the course of Russia’s invasion of Ukraine.”

The State Department said in a separate briefing that “these measures are in stark contrast to Russia’s actions in Ukraine,” adding that “there is a myriad of evidence that the Russian military is using explosives, including anti-personnel mines.”