The ruling Democratic Party called for the Ministry of Strategy and Finance to adjust the standard for large shareholders subject to stock capital gains tax to 500 million won. It is accepting requests from investors that the impact on the stock market will be significant if the standard for large shareholders decreases from 1 billion won to 300 million won per stock starting next year. It is noteworthy whether Hong Nam-ki, Deputy Prime Minister and Minister of Strategy and Finance, who announced that he would tax each individual instead of sticking to 300 million won, will change his position.

A key Democratic Party official said on the 26th, “In the beginning, we considered a delay of 1 billion won, but there were points that we should also consider tax equity,” and said, “If the increase to 500 million won, the impact on the stock market will be limited compared to the existing 300 million won.”

From April next year, the requirement for large shareholders to pay capital gains tax is expected to increase significantly from 1 billion won to 300 million won. However, as sales volume to avoid tax is expected to pour out, concerns about the stock price plunge have increased among individual investors. The Ministry of Science and Technology argued that the impact on the market was not significant, such as that only 90,000 investors were holding a stock worth 300 million won, but it was not enough to alleviate complaints from minority shareholders.

The Democratic Party’s demand that the majority shareholder standard should be changed to 500 million won was reportedly driven by the will of the House Representative Kim Tae-nyeon. At a press conference on the 4th, Mr. Won-nae Kim said, “We are well aware of the complaints of investors called Donghak ants related to the taxation of 300 million won in major shareholders.” At the time, it did not provide a detailed explanation for the’appropriate level’, but it was interpreted that the change of standards was a default fact. It is explained that if the standard is relaxed to 500 million won per person, the combined ownership of the couple becomes 1 billion won, which has the effect of deferring the current requirements for large shareholders.

Department, should I change position

Cheongwadae also began to collect opinions by listening to the position of’large shareholder 300 million won’ to ruling party members of the National Assembly Planning and Finance Committee. It has been interpreted that this is an indirect pressure on the Ministry of Equipment, which holds its position inside and outside the Democratic Party.

As the ruling party’s pressure continued, the Ministry of Information and Communication took a step back to change the current method of taxing the family holdings to individual taxation. Currently, spouses, parents, grandparents, maternal grandparents, children, real-grandchildren, maternal grandchildren, etc., are taxed by adding up the investment amount. As the criticism of the’modern version of the association system’ became intensifying, the Ministry of Knowledge Economy raised its hand.

It is also a burden for the Democrats that the opposition, the People’s Power, promoted a bill that would abolish the family summing clause while maintaining the standard for large shareholders, which are subject to stock transfer gains, at 1 billion won. On the 20th, Congressman Choo Gyeong-ho proposed an amendment to the income tax law. The amendment requires that the requirements for large shareholders stipulated in the current enforcement decree be specified in the income tax law.

It is also observed that the high depth of the substrate will be deepened. In order to change the standard for large shareholders of 300 million won, scheduled for April next year, the enforcement decree must be revised within this year.

On the other hand, in relation to the’separate election of audit committee members and the 3% restriction on voting rights of the largest shareholders and related persons (3% rule)’, which is considered to be a poison clause under the commercial law of the 3rd Corporate Regulation Act (Amendments to the Commercial Act and Fair Trade Act, Enactment of Financial Group Supervision Act) In the opinion, “Only those companies that have violated the law by abusing the position of the largest shareholder should apply the provisions.”

Democratic Party Supreme Commissioner Yang Hyang-ja said at the Supreme Council’s meeting that day, “We need to encourage innovation and protect technology in small and medium-sized ventures, the backbone of our economy,” and said, “I was seriously worried that companies might lose their technological competitiveness that they have developed. I have to put it in.” It is unknown whether the standard of’abuse of the position of the largest shareholder’ is ambiguous, and whether it will be implemented in the actual legislative process. However, it can be interpreted as a claim to comprehensively consider the impact of the 3rd Corporate Regulation Act on small and medium-sized enterprises.

ST Toyo: Unable to estimate the change in performance brought about by the subsidiary’s new crown detection kit jqknews 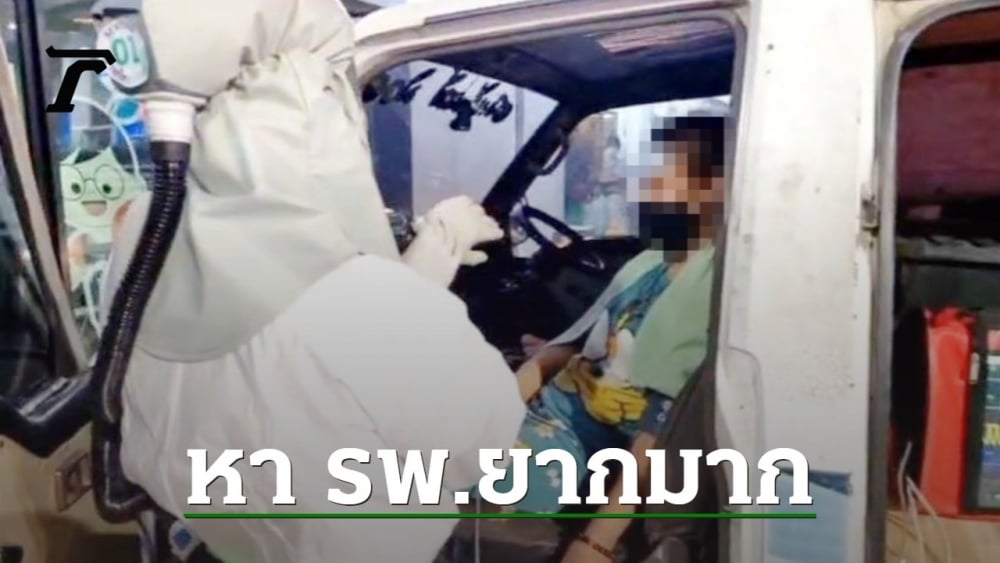 3 lives infected with covids, patrolling in the middle of the night to find a hospital. Treat “full bed”, heavy mother – high fever.

Thairath Online 20 Jan 2022 04:11 3 lives of “father-mother-child” infected with covids, mother’s side has not been vaccinated with severe symptoms Plus have a

Lucknow: The BJP is not worried about the defection of nearly a dozen MLAs, including three ministers, and the crowds attending Akhilesh Yadav’s rallies. The