“Winter, come quickly”… Europe exposed to weakness, Putin will freeze to death with just one word 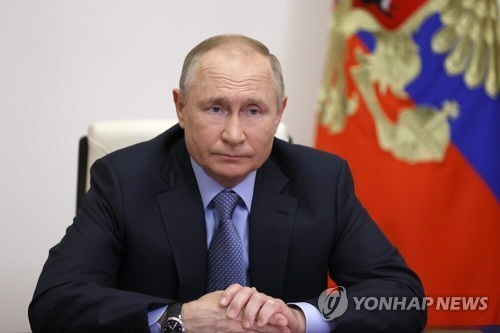 As winter approaches, European countries, which have launched strong sanctions against Russia, which invaded Ukraine on February 24, are on the defensive.

This is because European countries are still unable to find an alternative source of gas to Russia.

On the other hand, Russia, which has seen the ‘weakness of Europe’, is highly likely to counterattack using gas as a weapon.

According to major foreign media on the 22nd (local time), International Energy Agency (IEA) secretary-general Faith Biroll warned that there is a possibility that Russia may completely suspend gas exports this winter, and that European countries should prepare for this.

He cautioned that Russia’s recent cuts in gas supplies to European countries citing ‘maintenance problems’ on its pipelines mean that there could be even bigger export cuts in the future.

He also stressed that Europe must prepare in case Russia completely cuts off its gas supply.

He also said that as winter approaches, we will know what Russia’s intentions are.

Concerns have also been raised that Germany should prepare for a possible gas shutdown in Russia.

Germany’s economy minister Robrett Havek told reporters at the air show that “in light of the current situation, it should be assumed that Russian President Vladimir Putin will cut gas supplies even further.”

If this happens, the government has no choice but to upgrade the current level 1 emergency measure to level 2.

According to Bloomberg News, the emergency measures could be upgraded as early as this week.

If Germany implements phase 2 of emergency measures, energy companies can pass on the cost increase to households and businesses. In addition, it will be possible to increase the amount of coal power generation to reduce gas consumption.

“The EU’s 2030 and 2050 greenhouse gas reduction targets remain the same, but we can temporarily increase the use of coal,” said Elina Bardram, acting Commissioner for International Affairs and Climate Finance of the European Commission, at a forum.

Also, in case of emergency, they set out to find an import source and alternative energy sources. But still haven’t found a suitable solution.

To make matters worse, gas supply and demand have become tighter due to an explosion at a liquefied natural gas (LNG) facility off the coast of Texas, USA, which has been partially responsible for European gas demand.

Nathan Pfeiffer, an analyst at investment firm Investec, said: “If Russia cuts off gas supply during the winter, when demand is soaring, the government will impose restrictions on gas use or raise gas prices to an unusually high degree. “It used to be an energy supplier, but now that link is broken,” he said.

Meanwhile, Russia recently reduced the amount of gas supplied to Germany through the Nord Stream gas pipeline by 60% due to disruptions in gas pipeline repairs. Gas to Italy, Austria, the Czech Republic, Slovakia, Poland, Bulgaria, France and the Netherlands has also drastically decreased.

However, experts analyzed that Russia’s measures appear to be counter-attacks in response to European sanctions.

Read Also  When you enter the harem, will you be rich, rich and well-dressed? The real life work and rest of the concubines of the Qing Dynasty exposed | Novelty | Sanli News Network SETN.COM