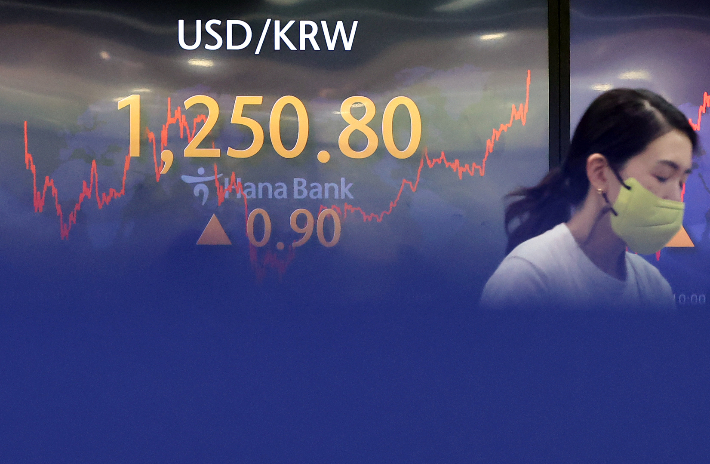 It soared to 1251.2 won during the day and again surpassed the all-time high of the previous trading day (1250.1 won). It is a record high for the third consecutive trading day.

As the won-dollar exchange rate has risen recently, the foreign exchange authorities verbally intervened the day before saying, “We are closely monitoring the recent exchange rate movements as well as the trends of major supply and demand entities.”

The rise in the exchange rate has a large impact, suggesting a ‘big step’ every day, such as the US central bank, the Federal Reserve, raising the key interest rate by 0.5 percentage point at a time. As the Japanese yen and Chinese yuan weakened and the dollar continued to strengthen, the won exchange rate, which is the exchange rate per dollar, is also rising.

The won-dollar exchange rate, which has been operating at 1,100 won per dollar for several years, has now fluctuated around 1,250 won due to inflation and the Ukraine crisis. Some say that if this trend continues, the 1300 won line may collapse.