“Every home has a Piano, Xiamen is like a song…” “Xiamen is like a song” is a song from southern Fujian composed by Taiwanese music producer Yang Mu in 2013. Since then, Yang Mu has launched the project “Music Xiamen “, hoping that music can enter thousands of homes in Xiamen and make Xiamen a city full of music.

Today, Yang Mu’s ideal is gradually becoming a reality. Not long ago, at the opening ceremony of the 2022 Xiamen Citizens’ Cultural Festival, the mass chorus sang this popular song together. It is reported that during the Xiamen Citizens’ Cultural Festival in 2022, there will be a total of 129 items and 154 activities, so that there will be “everyday events and weekly highlights”, and a great “cultural feast” will be presented. to the citizens.

“I really like Gezai Opera, and I will watch a special performance at the Xiamen Art Center in a few days; my wife loves to drink tea, and in two days I will go to a sharing session with tea friends on the theme of ‘drinking tea for health’; my daughter is learning to broadcast, and will go to a famous theater The classic retelling party shows the behavior of the master; my grandson likes pop singing, I’m going to take him to Haicang to listen to the ‘A cappella Concert…” At the party, Zhang Qinglan, a citizen, excitedly introduced this year’s Xiamen citizens to the Festival reporter Cultural.

In addition, there are national and provincial cultural resources such as the 2nd Fujian Provincial Culture and Street Art Exhibition and the Award Ceremony for Street Culture and Art Talents, the National Outstanding Lacquer Painting Exhibition of Teachers and Students in Colleges and Universities, and the concert special “Colors from China” will also be held It will be held in Xiamen during the cultural festival and is open to the public with “zero ticket price”, allowing the public to appreciate the cultural style rich and colorful and enjoy the colorful artistic experience on their doorstep.

On the evening of November 6, the famous classical reading party of “Reading for a New Era and Forging A New Journey” was held at Xiamen Song and Dance Troupe. At the party, children from the primary school affiliated with the Teacher Training School in Xiang’an District, Xiamen City brought an original work – the southern Fujian lullaby “Zandouweisu” (Hokkien: hometown flavor), in praising the culture of their hometown with beautiful and childlike voices.

In addition to local folk art groups such as Xiamen No. 2 Middle School Chorus and Xiamen Little Egret Folk Dance Company, the famous classical reading party also invited Zhuge Liang dubbing from the TV series “The Romance of the Three Kingdoms”, Xu Tao, actor first-class national, and national intangible material A group of experts, including representative national heirs of the Gaojia cultural heritage opera project, competed with the “grassroots” on the same stage. That night, they brought a wonderful “sound feast” to the audience through innovative cross-border speech, lullaby rap, bilingual speech and other forms.

In order to create a good atmosphere for the broad participation of various social entities and the public, so that citizens are not only the beneficiaries of culture, but also the participants of culture, the Citizens’ Cultural Festival also has a special singing session for citizens and a square dance competition to every citizen A platform for self-expression. At the same time, there are also very interactive cultural activities for citizens, such as a micro-video photography competition “Shooting National People’s Hands”, and the selection of green herbal medicines that citizens love in the Tenth Gate Building.

“All food should be boiled in boiling water before being put into the tea, otherwise the soup will be bitter and the fragrance of the tea will be covered.” The name of the activity “Tea Fragrance Journey·Te Banquet IP” is “Tea Fragrance, New Food, Health and New Journey”. On the spot, the state banquet chefs from Xiamen Haiyue Villa Hotel and pastry masters from Xiamen made Xiangyangfang tea feasts and desserts on the spot.Tasting the fragrant tea, the villagers learned how to make a “delicacy”.

“Many villagers, people responsible for farmhouses, and even tourists come to learn and taste.” Gao Quanwei, Party Branch Secretary of Junying Village and Director of the Village Committee, said that he believes that Junying Village uses tea and other local. products and raw materials to make special delicacies from Junying Village. The tea feast IP in the village will get better and better.

The Xiamen Citizens Cultural Festival also brings together the backbone of the city’s literature and art, and focuses on displaying a group of national literature and art masterpieces that consider ideology, art and mass.

Wu Jingjing, the heir national representative of the national intangible cultural heritage opera project Gaojia, the winner of the “Plum Blossom Award” for Chinese drama, and the head of Jinlian Gaojia Opera Troupe, said that legacy is what they have been doing for over 20 years. . But in recent years, they have also adopted phrases that are preferred by young people. For example, in “Sister-in-law”, they boldly use Internet terms such as “thin blue shiitake mushroom”. Performance is the biggest feature of Gaojia opera. Under the premise of conforming to the role, they will also use some tense performance forms as much as possible. Only in this way can more people like Gaojia Opera. Wu Jingjing said: “There is a good phenomenon now, that is, the fans are getting younger and younger, and now many children follow us and want to watch us act.” 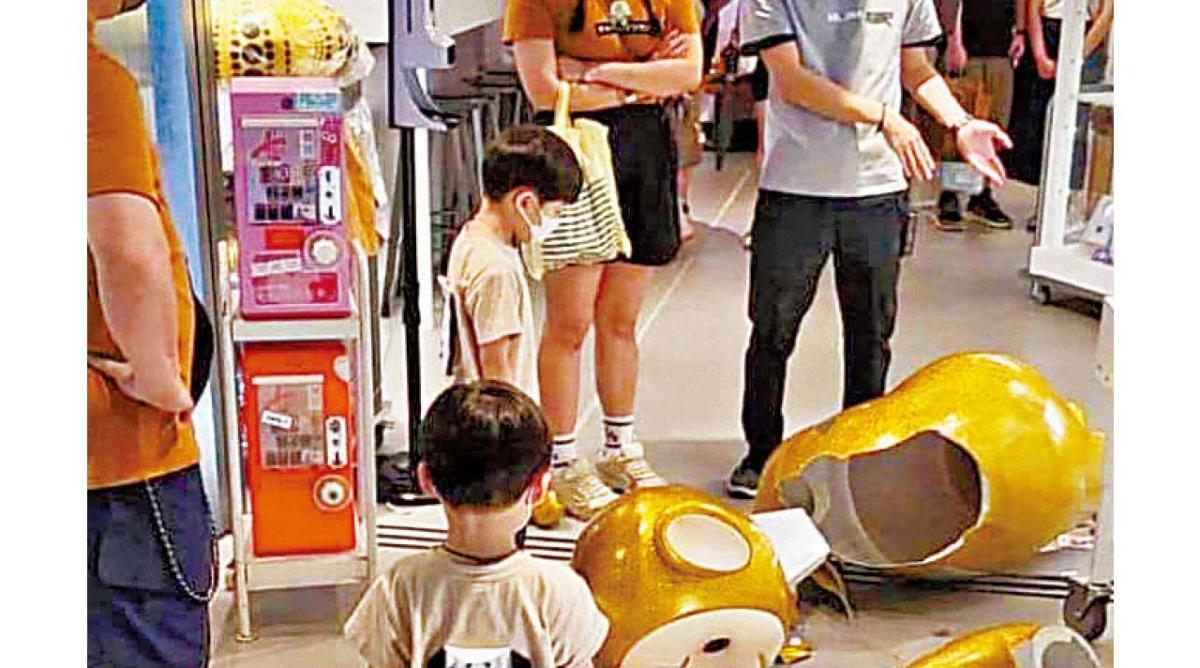 Russian think tank survey: Almost 70% of Russian companies choose “Made in China” to replace Western equipment, and the proportion is expected to be even higher in the future | Blog Post

Russian think tank survey: Almost 70% of Russian companies choose “Made in China” to replace Western equipment, and the proportion is expected to be even higher in the future | Blog Post

Broken Heart Syndrome｜ The heart will really be “broken” if you are too sad! Doctors analyze the causes and symptoms of heartbreak

Cue Cambodia Dod is quiet, practice Thai – ‘Tong’ points away from the class, but the next 2 years will definitely be tiring.