Confederation of Trade Unions, workers’ meeting today… A critical period under the pressure of the government

The Korean Confederation of Trade Unions (KCTU) will hold large-scale rallies in Seoul and Busan today (the 3rd).

A general strike has also been announced on the 6th.

The government has again warned that it could widen the target of the start-up order.

It is his observation that this weekend will be a major turning point for the cargo union strike.

This is Reporter Kwak Joon-young.

Amid the cargo union’s refusal to ship for more than a week, the Construction Industries Federation under the Korean Confederation of Trade Unions has also declared a joint strike.

“They are the same special employment workers. The way the government is stopping the safe fare system of the cargo union is the same as our system, so we stand together and fight. ..”

The Korean Confederation of Trade Unions (KCTU) will hold a National Workers’ Convention this weekend in front of the Seoul National Assembly and at the Busan New Port to continue driving the struggle.

A simultaneous general strike has also been organized across the country next Tuesday.

“The workplaces that have the right to strike will go on a solidarity strike. The members of the KCTU union have decided to fight with all means.”

In response, the government raised the level of pressure, saying it could expand the start-up order to other areas such as oil refining and steel following cement.

“If damage spreads significantly in other industries where the logistics crisis becomes a reality, we will give an immediate order to start business, and for this we are monitoring the damage situation in real time.”

The Fair Trading Commission is also investigating whether the freight union is collectively refusing to transport goods in breach of the Fair Trading Act.

Although the Korean Confederation of Trade Unions is still tightening the reins of the strike, some analysts say some cracks are forming in the strike ranks as the Seoul Transport Corporation union and the railroad union ended labor-management negotiations one after the another.

Under strong pressure from the government, it is seen that this weekend will be a critical point for the cargo union strike. 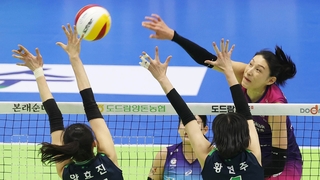