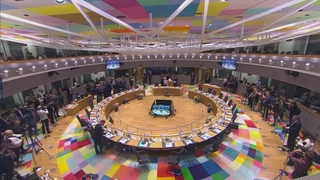 The EU and EU member states have agreed to grant Ukraine the status of a candidate for EU membership.

The President of the European Union Summit, Charles Michel, announced on the 23rd local time that the heads of 27 member states had approved the status of EU membership candidates for Ukraine and Moldova.

Ukrainian President Zelensky tweeted shortly after the news was announced that it was a “very special and historic moment” and that “Ukraine’s future lies in the EU”.

However, there are speculations that it could take up to several decades for Ukraine to become a full member of the EU.

Ukraine and Russia both deny it… “Possibility of a summer-autumn truce” raised by the US
Posted onJuly 6, 2022July 6, 2022
Menu