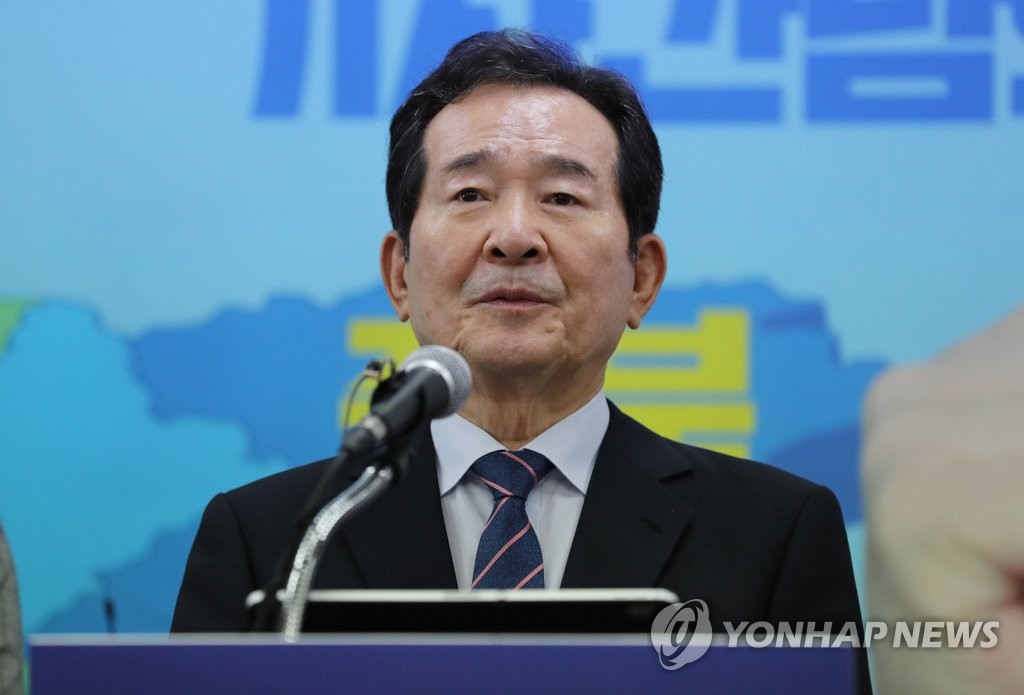 The former prime minister’s side convened an emergency meeting at 3 p.m. on the same day to discuss whether or not to complete the presidential race.

Ex-Prime Minister Jeong announced his official resignation at a press conference at the National Assembly at 4 p.m. about an hour later.

“I bow my head and thank the many people who have supported me for a long time,” said former Prime Minister Jung.

Previously, former Prime Minister Jeong fell to fourth place at the 1st Electoral College meeting held in Wonju, Gangwon-do the day before (12th), losing to Candidate Choo Mi-ae. In relation to this, it is reported that opinions within the camp recently came out saying, “Isn’t it difficult to continue the election campaign?”

The following is the full text of the remarks of former Prime Minister Chung Sye-kyun.

“I bow my head in gratitude to my respected citizens, comrades in the Democratic Party, and to the many people who have supported me for a long time.

Now, I will return to the ranks of the commoners, and I will do my best for the united Democratic Party and the new Republic of Korea.

I will repay the kindness I have received from the country, the people, and the Party.

I would like to express my gratitude to my colleagues who played with me and to those who helped me.

Thank you. Love it. I will pay you back forever.”

Koh temple performs a ceremony to send the...

Digital Green Integration-Understanding the Three “Signals” from the...

College student abducted; Police have cracked down on...

Father died in bed for 2 days until...

Pajero crashes into the back of a...

December 8, 2020
We use cookies on our website to give you the most relevant experience by remembering your preferences and repeat visits. By clicking “Accept All”, you consent to the use of ALL the cookies. However, you may visit "Cookie Settings" to provide a controlled consent.
Cookie SettingsAccept All
Manage consent