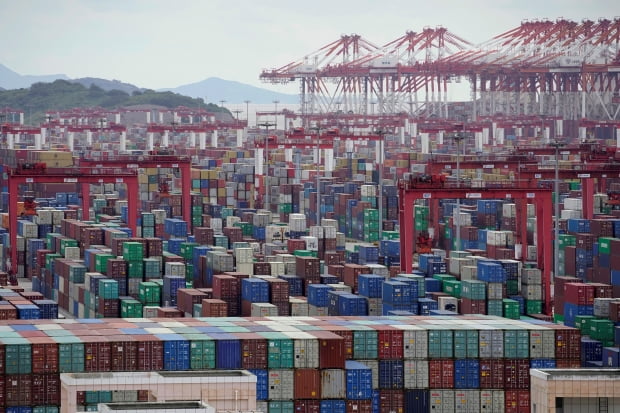 “Factories are closed and we are stranded at the ports where we ship our products. Even if the cost is more than 30 times, the container is filled with 10 tons a day and the product is being sent to Korea by plane, but even this is not enough.” (Kwon Soon-gil, general manager of wiring harness at Yura Corporation)

A tsunami of parts chaos is coming. This is because the existing supply chain that procures key parts and materials from China has been severely damaged as fears of lockdown spread from Shanghai to Beijing, the ‘storehouse of the world’.

In particular, as the country is overwhelmingly dependent on imports from China for batteries, semiconductor parts, rare earths, and raw materials, the production line may be “all-stopped” as major manufacturing types such as automobiles, semiconductors, home appliances, and cosmetics cannot obtain parts and raw materials. It is pointed out that even a crisis cannot be ruled out.

Shanghai, which had been locked down for a month on the 26th, started to restart production facilities in some areas, but it is still far from normal. Factories that have received permission to restart are also under 50% utilization. Truck fares have jumped more than five times the usual, and the Shanghai Port is still closed, contrary to the Chinese government’s explanation that it is ‘in normal operation’.

The situation in the automobile industry is particularly serious. It is because the ‘red light’ has entered the procurement of the wiring harness for key parts called the ‘neural network’ of automobiles. Yura Corporation (50% of total supply), Kyungshin (40%), and THN (10%), which supply wiring harnesses to Hyundai Motors and Kia, have closed their doors for more than a month. As a result, Hyundai and Kia started cutting production from last month.

As the supply of the ‘Airbag Control Unit’ (ACU) is also blocked, Hyundai Motor has been running the Genesis production line at an empty pitch (empty conveyor belt) since the 18th.

In the semiconductor industry, the bottleneck in supply of parts is getting worse. The period of importing printed circuit boards (PCBs) for semiconductors, which took an average of 4 weeks, has recently increased to 12 weeks. SK hynix, which has a semiconductor factory in Wuxi, near Shanghai, is looking at ways to bypass raw and subsidiary materials and stock them if the situation prolongs.

A shadow of anxiety was also cast in the display industry. If there is a disruption in the supply of parts, the damage can increase in a domino fashion.

Min-seon Noh, a research fellow at the Small and Medium Business Research Institute, said, “We need to urgently strengthen cooperation with Southeast Asian and Oceanian countries that will replace China while demanding the Chinese government to simplify customs procedures.”

Weihai City, Shandong Province, China. Auto parts maker Yura Corporation, which has two out of seven factories in China, has been under lockdown for over a month. Although movement restrictions have been lifted recently, there is still a long way to go before normal operation. This is because a container carrying key parts necessary for the production of wiring harnesses was stranded on a ship moored off the coast of Weihai Port for the fifth day. It was taken as an excuse that a sailor was diagnosed with COVID-19.

At the same time, the news that the lockdown would be extended to Beijing, the capital of China, also spread, and the anxiety at the scene deepened. A Yura Corporation official said, “Even if a container arrives at the factory, it cannot be used right away as it has to be quarantined for an additional 10 days in a separate warehouse.”

Due to the resolute attitude of the Chinese government to push the ‘zero corona’ policy, the lockdown area expanded from coastal areas such as Shanghai to Beijing, and a ‘warning light’ came on in the supply and demand of parts throughout the Korean manufacturing industry.

In the case of finished products produced in Korea, if only one part is not properly supplied, the entire production line has no choice but to stop.

From the automobile industry, the ‘parts crisis tsunami’ from China struck first. Gwangju Global Motors (GGM) Casper production line stopped for four days from the 18th as the supply of ‘Airbag Control Unit (ACU)’ parts supplied from China was cut off. The serial production cut was realized due to the shortage of parts wiring harnesses. Hyundai and Kia’s K8, Mohave, Sorento, Ray, Sportage, as well as Palisade, Avante, and Porter have cut production one after another.

The home appliance industry is also walking on thin ice. Home appliances that are completed by assembling hundreds or thousands of parts cannot be made without just one part. Stocks are rapidly bottoming out as the supply and demand of home appliance parts inventory has been difficult.

The head of the Chinese branch of a mid-sized Korean company in Qingdao, Shandong Province, said, “We are living by dividing our business plan into two or three days instead of quarterly or monthly. It wouldn’t be strange if we stopped the factory immediately after tightening it.”

The display industry, where the parts ecosystem is densely structured in stages, is also tense. It is also pointed out that the defective rate of finished products is increasing as the supply of parts is not smooth.

In the case of a diffuser that is essential in the display manufacturing process (parts that uniformly spray a special solution), it must be removed every 6 months and sent to Korea for cleaning. am. In the case of some companies, as the period of use of the diffuser is approaching one year, defective products that have not been seen in the past are occurring.

An LG Display official said, “The headquarters and the Chinese subsidiary are closely monitoring the situation by exchanging the local situation in China in real time.”

Although domestic manufacturers are paying close attention to the local situation in China and monitoring the situation, the Chinese government has not shown a major change in attitude. The central government of China and the city of Shanghai announced on the 18th a so-called ‘white list’ containing 666 companies that could resume production if they meet the quarantine standards required by the authorities. Automobile, pharmaceutical and semiconductor companies were mainly included.

Even companies not included in the white list can operate if they have a ‘closed-loop’ system that blocks employees from the outside, but because other strict quarantine conditions such as requiring them to undergo COVID-19 testing twice a day were imposed, Korean companies It is pointed out that it is unreasonable for most local small and medium-sized enterprises (SMEs) that they mainly deal with.

Uncertainty about when lockdowns in major cities will be lifted are also adding to the troubles of businesses. In a closed city, in principle, residents can leave their homes if there are no infections for 14 days or more. However, if there is another case of COVID-19 in the area, it will be closed again. This is why it is difficult to predict when the lockdown in Shanghai will be lifted.

Even if production in China recovers to some extent, the fact that the feet to move products are still locked due to the functional paralysis of the Shanghai Port is raising fears about ‘part supply’.

According to the shipping information company Windward, as of the 19th, there were 506 ships waiting to dock at ports in China, including Shanghai Port, China. It has doubled compared to February (260 ships) before the lockdown. It took an average of 12.1 days for an imported container unloaded at Shanghai Port to be loaded onto a truck and transported to a destination in China on the 18th. It almost tripled from the average of 4.6 days on the 28th of last month, when the lockdown began.

There is also a shortage of means of transport to transport products to the port. As of the 19th, the daily truckload volume passing through Shanghai plunged 79.5% from the 28th of the previous month, when the lockdown began.

Jeong Hyung-gon, a senior research fellow at the Korea Institute for International Economic Policy (KIEP), said, “As Korean companies that have entered China have evaded domestic environmental and labor regulations, they need epoch-making regulatory reform measures to bring them back to Korea.”

Disruption to the supply of almost all visible products

The parts and materials crisis from China is a sign of spreading to the overall household goods. Most of the consumer goods used in daily life use raw and subsidiary materials from China, or the proportion of imports from China is high.

A large stationery manufacturer in the metropolitan area is struggling with the supply of polyvinylpyrrolidone (PVP), a key raw material for adhesives such as stationery glue, recently cut off. The price of PVP has already risen by more than 40% since the Corona 19 incident, but the complaint is that the supply and demand itself is now blocked due to the large number of raw material factories used to synthesize PVP around Shanghai.

Another stationery maker is also struggling with the amount of PVP secured for only three months. The company’s president said, “I’m worried about the future as it will take more than half a year to get new stock right now.” The surge in the price of corn, another major raw material for adhesives, is also adding to the burden.

Silicone, which is used in various fields such as baby products, cosmetics, dental impression materials, construction materials, and electronic products, is also in short supply. According to the related industry, importers who have not been able to secure the quantity of Chinese silicon manufacturers are asking domestic manufacturers to purchase, but it is difficult to secure the quantity.

“Local Chinese companies say that the lockdown will be lifted after May, but the shipment of silicone raw materials ordered after the lockdown is expected to be delayed indefinitely,” said the president of a company in the metropolitan area that produces silicone rubber.

Bicycle companies Samchully Bicycle and Alton Sports are also closely monitoring the situation in China. These companies are supplying more than 90% of bicycle parts and finished products from their production bases in China through the original equipment manufacturer (OEM) method.

An official from Samchully Bicycle said, “We have already secured the volume for the first half of the year, where sales were concentrated, but it could become a problem if the lockdown is prolonged.” Alton Sports said, “If the lockdown continues, there may be some supply and demand effects on logistics, etc.”

Consumer goods companies that have entered the local market are also experiencing difficulties. Amorepacific’s Shanghai plant, a cosmetics company, has been shut down since the beginning of this month in accordance with the Chinese government’s policy. A company official explained, “We are working hard to ensure the safety of our employees, partners and local consumers and to resume operations.”

Cosmax’s Shanghai plant, which had stopped operating together, resumed operation on the 13th. However, due to small-scale lockdowns by region and building, the utilization rate is still not recovering to the level before the zero corona policy.