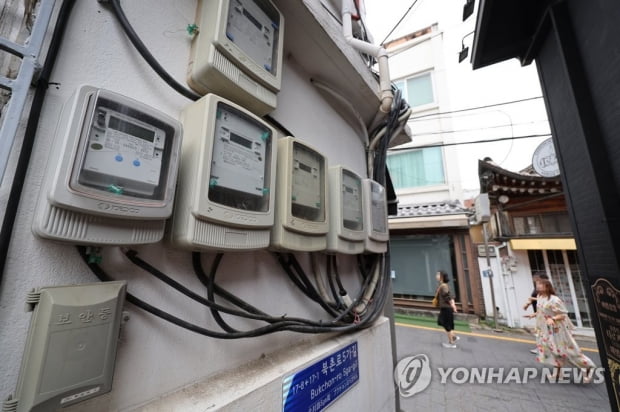 The government has hinted at the possibility of raising electricity and gas rates.

It is a method that minimizes the width of the impression on the premise of the self-rescue efforts of the relevant public institution.

Public charges such as railroad, postal, water and sewage will remain frozen.

Deputy Prime Minister and Minister of Strategy and Finance Choo Kyung-ho held the first emergency economy ministerial meeting at the government complex in Seoul on the 19th and made this statement.

In his remarks, Deputy Prime Minister Choo said, “We will minimize the increase in electricity and gas rates through self-responsibility efforts, which are aggravating the burden of production costs due to the sharp rise in international energy prices.”

Such remarks are interpreted to mean that they will accept even a part of the demand for electricity and gas rate hikes.

This is because the request for a raise is basically ‘accepted’, but it means that the width of the increase will be minimized.

The government is of the view that KEPCO should make efforts for self-rescue efforts such as improving management efficiency, reducing fuel costs, selling investment shares, and selling real estate before raising electricity rates.

At the same time, we plan to improve the system to change the electricity market pricing system.

On the 16th, KEPCO requested the government to raise electricity rates by 3 won per kWh (kilowatt hour) in the third quarter.

The Korea Gas Corporation is also in its position to raise the raw material cost settlement price of gas for private use (housing and general use) from next month to 1.90 won per megajoule (MJ, gas used unit) by 0.67 won from the previous month.

The government has proposed a freeze principle for the rest of the public utility bills, except for electricity and gas rates.

The goal is to absorb as much as possible the pressure to raise rates through public institutions’ own financial capacity and management efficiency.

The airport facility usage fee reduction (Korea Airports Corporation, Incheon International Airport Corporation) has been extended until the end of this year.

Local rates such as water and sewage rates, garbage bag rates, city bus rates, taxi rates, and train rates will also be frozen as much as possible.

Local governments went to on-site inspections to request cooperation on the rate freeze, and the Ministry of Public Administration and Security and regional governments decided to hold price inspection meetings from time to time to check related trends.

At the time when the consumer price inflation rate reached the 6% range, the reason for accepting the demand for an increase in electricity and gas rates, which has a profound impact on people’s lives, is interpreted as it was judged that it was difficult to endure the accumulated deficits of related public institutions.

However, it is evaluated that the government’s will to stabilize prices, which is to put inflation as the top priority in the economy, has faded to some extent.

India won the second practice match as well. Harshal Patel with an all round performance
Posted onJuly 3, 2022July 3, 2022