President Yoon returns home after an 8-day, 6-night trip to the United Arab Emirates and Switzerland

◀ Anchor ▶ As a wave of President Yoon Seok-yeol’s comments that “the enemy of the UAE is Iran,” the president’s office presented a position that “it seems that Iran has misunderstood, and relations will be normalized when the misunderstanding is resolved.” In response, the opposition demanded that the government admit its fault first, saying, […]

“I am Korea’s No. 1 salesperson”…Sales Diplomacy

In my article “The President will not be satisfied” Immediate rebuttal via Chief of Staff Kim Dae-gi Officially ‘not pro-Yun’… I’m silent President Yoon Seok-yeol and former Congressman Na Gyeong clashed head-on on the 17th. When the former lawmaker said No, “I do not believe that the resignation of the vice chairman of the Committee […]

zoom in picture On the 17th, Na Gyeong-won, a former People’s Power legislator, visits the Donghwasa Temple in Palgongchongrim, Dong-gu, Daegu, and greets officials. random news On the 17th, 48 first-time lawmakers urged President Yoon Seok-yeol to apologize for claiming “I don’t think that was the president’s intention” regarding the dismissal of former lawmaker Na […] 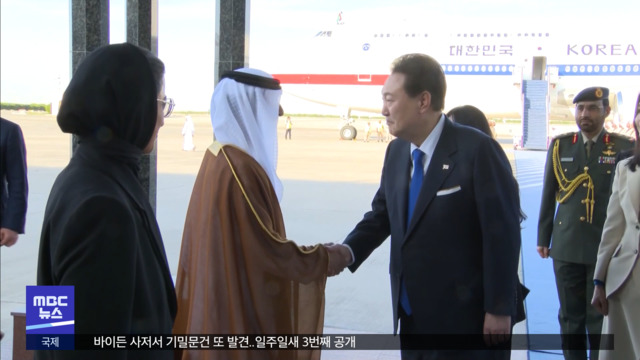 ◀ Anchor ▶ President Yoon Seok-yeol led a large-scale economic delegation on his first foreign trip in the new year for 8 days and 6 nights. I arrived in the United Arab Emirates last night, and will start my tour schedule in earnest from today. I am reporter Lee Jeong-eun. ◀ Report ▶ Last night, […]