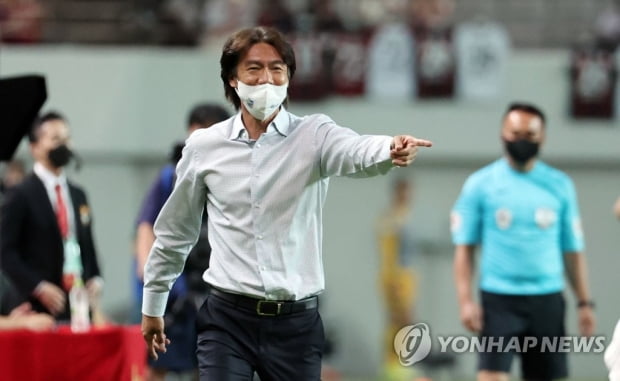 “Let’s not talk too much about preemptive goals today.

Because players are stressed.

“
Professional soccer coach Hong Myung-bo of Ulsan Hyundai was satisfied with the players who achieved a comeback victory in the away match against FC Seoul with strong concentration.

Ulsan lost 1-3 in the home match against ‘rival’ Jeonbuk Hyundai in the 16th round last weekend.

If they lost to Seoul this time, it would be their first consecutive loss of the season.

However, Ulsan was dragged out by conceding a goal by Seoul’s Palosevich in the first five minutes.

Ulsan has a lot of games where they conceded first goals this season.

So far, he has conceded a goal in nine games and was dragged away.

Director Hong also publicly expressed his dissatisfaction with this issue at a press conference after the Jeonbuk War.

However, Ulsan did not give up, and after knocking, Bako equalized in the 30th minute of the second half, and Um Won-sang scored a comeback goal in the 43rd minute to secure the victory.

Manager Hong, who came to the press conference after the match, said, “I hope you don’t talk too much about the preemptive goal.

“The players are stressed,” he said.

“Even after conceding, he continued to dominate the game and led the game.

I’m happy to score in the end and win.”

Still, the question about the preemptive loss eventually came up.

It was about what kind of order the players would make in relation to this issue.

Director Hong changed the topic by saying, “I don’t have to talk about it today, but I will talk about it when I get back to Ulsan.”

He continued, “Not losing a streak is our team’s greatest strength,” he said.

Seoul manager Ahn Ik-soo, who performed well against the lead team, said, “I’m sorry to the fans for not being able to finish properly.

There are areas that need to be developed further,” he said.

Regarding the condition of national team midfielder Hwang In-beom, who was replaced in the second half with a finger injury, he said, “I think we have to watch a little more.”