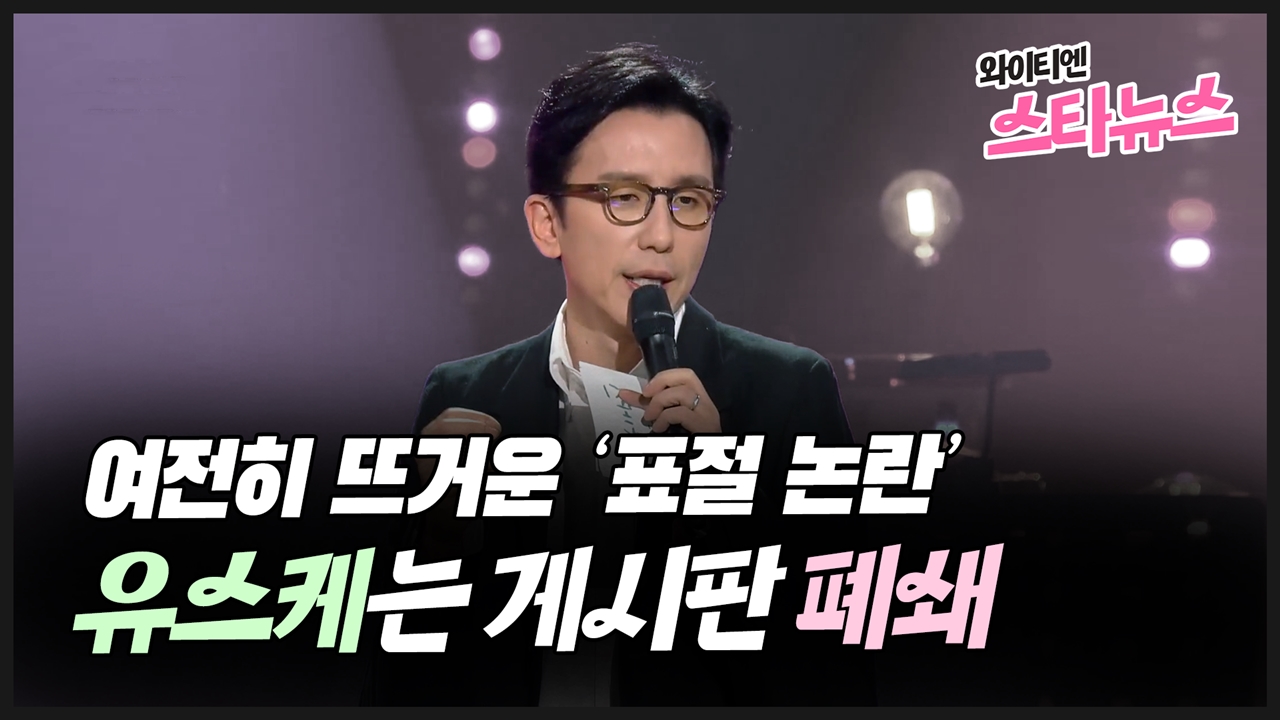 Singer and composer Yoo Hee-yeol, who was accused of plagiarism, once again apologized, while ‘You Hee-yeol’s Sketchbook’ closed the viewer’s bulletin board.

On the 22nd, Yoo Hee-yeol said through his agency Antenna Instagram, “I sincerely apologize to the many people who have supported me with love and trust for a long time.”

He continued, “After receiving the letter of philosophical and consideration from Ryuichi Sakamoto, I have come to respect him even more as a great artist and as an adult in a warm society.”

He added, “Looking at the recent controversies, I realize that there is still much to learn and lacking. I will think more deeply and take a closer look in the creative process,” he said.

Yoo Hee-yeol added, “I will do my best with a more responsible attitude so that I can be an example for the young artists I work with.”

He continued, “We are canceling the release of the LP and sound source of the ‘Life Music’ album. We will provide a separate notice to those who have made a reservation,” he said.

Earlier, Yoo Hee-yeol was pointed out that the second track of ‘Life Music’, ‘Very Private Night’ and Ryuichi Sakamoto’s ‘Aqua’ are similar. ‘You Hee-Yeol’s Life Music’ is a project that has been going on since last fall, and releases one piano piece a month.

Read Also  When your best friend got you back @thepaulbutcher @uniquelymarina #foryou #co ...

Yoo Hee-yeol has already participated in the recording of ‘You Hee-yeol’s Sketchbook’ on the 21st, and the recording will be broadcast at 11:30 pm on the 24th. It is the first official recording since the allegation of plagiarism, and interest is also being raised as to whether Hee-Yeol Yoo would have communicated his position directly.