Amid the prospect of a prolonged war in Ukraine, the world’s suffering also snowballs 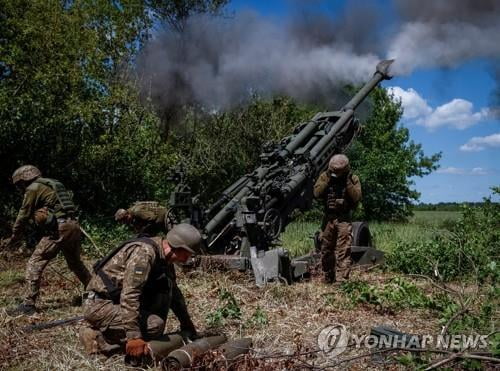 With the prospect of a prolonged war in Ukraine that broke out on February 24, the pain and damage of the war is spreading around the world and snowballing.

The war, which is in its fourth month, is a trend that turns into a long-term war.

NATO Secretary-General Jens Stoltenberg said in an interview with German media on the 19th (local time) that “we have to prepare for a war that will last for years.”

In particular, he urged that “the aid to Ukraine should not be stopped even if it costs a lot”, citing side effects such as rising energy and food prices due to the prolonged war.

The Washington Post (WP) of the US also reported on the 17th that there is a prospect that Ukraine and Russia could continue a state of confrontation for an ultra-long period without an ‘end of the war’ just like the situation on the Korean Peninsula.

Russia is trying to incorporate the occupied territory of southern Ukraine into its own territory through ‘Russianization’ and is intensifying its offensive against the eastern Donbas region.

As Ukraine aims to retake the occupied territories, the general view is that the possibility of a ceasefire through negotiations for the time being is slim.

The casualties on both sides are also increasing.

According to the Ministry of Defense of Ukraine, 100 Ukrainian soldiers are killed and 500 wounded every day in the eastern battlefield alone.

It is estimated that the Russian military suffered similar casualties.

Military experts diagnosed that this war entered a war of attrition that only increased damage without any clear results on both sides.

Civilian casualties are not precisely known.

According to UN statistics, more than 4,000 civilians have been killed since the start of the war by the end of last month.

Of the victims, 261 were identified as children.

Ukrainian President Volodymyr Zelensky said in a recent speech that at least tens of thousands of civilians were killed.

Officials at the battlefield in southern Mariupol estimated that more than 21,000 people were killed in the city alone.

The UN estimates that 13 million people have displaced since the outbreak of the Ukraine war.

Of these, 7 million have fled the country, and the rest are domestic refugees.

The United States has provided weapons support packages worth a total of $5.6 billion (about 7.2 trillion won) on several occasions since the start of the war.

Apart from the arms aid, the US will also provide humanitarian aid worth 225 million dollars (about 290 billion won) to Ukraine for drinking water, medical supplies and daily necessities.

NATO allies, including the United States and the United Kingdom, were initially hesitant to provide heavy weapons, such as long-range artillery and missile systems, for fear of an escalation of war.

Ukraine is calling for more drastic assistance, arguing that only rapid and sufficient arms support from the West can end the war early and save money in the long run.

Europe is experiencing an energy crisis as the West imposes sanctions that limit Russian energy imports and Russia takes retaliatory measures, such as cutting off gas supplies.

Russia recently reduced the amount of gas transported to Germany through the Northstream gas pipeline by 60% through a series of supply cuts.

This had a cascading effect on France, Austria, and the Czech Republic, which were supplied with Russian gas via Germany.

Germany has announced an energy emergency measure to increase its dependence on coal in response to Russia’s reduced energy supply.

Germany’s Deputy Prime Minister and Minister for Economic Affairs and Climate Protection Robert Havek said the country had no choice but to increase coal power again to replace Russian gas, saying, “This is a painful but necessary step.”

Germany has set a goal of abolishing coal power generation by 2030, but Russia has been forced to take countermeasures as it drastically cuts natural gas supplies to Western countries.

In the sub-Saharan Sahel region, 18 million people are facing a famine, the worst famine in more than 10 years.

Food shortages in poor areas can lead to a series of refugee crisis.

The Mediterranean countries, which already serve as gateways to Europe for refugees from Africa, are in crisis.

Developing countries such as Africa and the Middle East, which depended on grain imports from Ukraine and Russia, are experiencing social unrest due to food shortages.

A state of emergency was declared in Sri Lanka after anti-government protests against economic difficulties such as food shortages took place.

Protests also broke out in Tunisia, Pakistan and Peru.

David Beasley, director-general of the World Food Program (WFP), warned that “if we do not respond promptly to food shortages, vulnerable countries will go through a living hell” and that “the best option is to end the war and reopen the ports.”