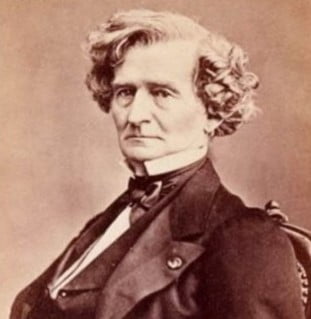 ‘The Art of 7 and 3’ contains the lives of artists who left beautiful music and outstanding paintings. 7 and 3 are the 7th gradation of Doremi Fasolashi, and the ‘three primary colors of light’ of red, green, and blue. All works that move and move people’s hearts are born from these seven tones and three primary colors. Thinking about how to combine them, and unfolding the results is art.

‘The Art of 7 and 3’ examines the hottest performances and exhibitions, and passes through the anguish and philosophy of artists. And we deliver small and precious inspirations that will fill your day.

A mysterious and fascinating fantasy world unfolds. This is a ‘fantasy symphony’ created by the French musician Louis Hector Berlioz (1803-1869). It is a song that is loved by many people around the world to this day.

This work exudes a very different atmosphere from the symphonies we are accustomed to hearing from Beethoven and Brahms. That’s why I think I’m going to keep my ears open and listen more.

This song has an unconventional story. It is a setting in which an artist who is suffering from an impossible love attempts suicide. However, when the drug does not reach the lethal dose, he falls into a coma and sees various illusions. It’s a fantasy world that unfolds at the end of a tragic love story, both sad and a little scary.

The Symphony of Fantasy is a work made by the real Berlioz full of the pain of unrequited love. He was an unknown composer who admired a successful actress. How did this love come about? Let’s go to the world of Berlioz’s love story and music.

Berlioz grew up under the influence of his father, who was a doctor. His father taught his son to study by homeschooling. He taught me various subjects such as philosophy and literature. He wanted to become a doctor, so he taught the relevant knowledge as well.

Read Also  “Recently, my wife gave birth to a second child… EXO's Chen, who is serving in the military, became a father of two children after two years of marriage

He also learned music from his father. However, music was not treated as important compared to other subjects. He had only learned the guitar and flute lightly. Because of this, he struggled to learn how to play the piano properly even after becoming a musician.

Berlioz went to medical school following his father’s wishes. But he didn’t fit his aptitude at all. He always vomited or fainted when he went to the dissection. It was music that comforted Berlioz, who was struggling. He went to see operas all over Paris, and he decided to become a musician. Then he entered the Paris Conservatory. His father, who had high expectations for his son, was vehemently against it, even cutting off financial support.

Nevertheless, Berlioz’s musical life seemed to be taking off easily. This is because the overture performances of ‘The Secret Judge’ and ‘Waverley’, which he performed for the first time, received favorable reviews. Even though he lost his money that day, he said he didn’t mind at all because so many people came to see the show.

He also challenged the Grand Prize in Rome, Italy to be recognized for his skills. At that time, winning the Rome Grand Prize almost guaranteed his career as a musician. He won the prize after four attempts.

Berlioz is also famous as a musician who made many ‘title music’. Title music is music that contains a story just like literature or a play, and the title also contains these characteristics. Berlioz, who usually liked literature, opera and theater, maximized his strengths and incorporated them into his music.

Read Also  After giving birth to Hyerim, I cry every day... There's nothing wrong with tears

But Berlioz’s works have always caused a lot of controversy. This is because he did not follow the traditional composition and arrangement of instruments and expressed his individuality to the fullest. Like a novel or a play, he often surprised the audience by making dramatic changes throughout the work. It was new, but there were a lot of people who criticized it for being unpredictable.

Even in love, Berlioz was like a rugby ball who didn’t know where to bounce. He fell in love at first sight with actress Harriet Smithson, who starred in the play ‘Hamlet’ at the age of 24. He sent dozens of love letters and actively pursued courtship. But Smithson didn’t even look at him. Berlioz added a whimsical imagination to that sad and miserable feeling to create the ‘Fantastic Symphony’.

At the age of 26, he met and became engaged to pianist Marie Camille Mock. However, when her fiancee suddenly abandoned her and married another man, it is said that he took a pistol and left her house to kill both of her. But halfway through, he gave up on his revenge and won his heart again. You can guess that Berlioz was not only blind to his love, but also impulsive at times.

Afterwards, Berlioz happened to be reunited with Smithson, whom he had a crush on in the past. At the time, he was known to many people. On the other hand, the popularity of Smithson, who had been doing well in the past, has waned. Berlioz invited her to her concert. She then played the ‘fantasy symphony’ she had made. This time Smithson accepted his heart, and the two finally got married.

Read Also  The beauty skills that were popular in the music world ten years ago were still in use last week! | Jolin Tsai | Elva Hsiao | Wang Xinling_Sina Fashion_Sina.com

However, the two divorced. Smithson was deeply saddened by the loss of the Lunar New Year stage, and even showed signs of alcoholism. Berlioz grew tired of caring for her wife, and then fell in love with a singer named Marie Recio. Berlioz eventually broke up with Smithson, and she remarried Lessio. Nevertheless, he said he continued to pay Smithson a living and looked after him when he was ill.

Overture to ‘Benbenut Cellini’ performed by the Halle Orchestra.

Coming back to Berlioz’s music story, it’s impossible not to mention the opera. He was very interested in opera and composed it. He released ‘The Cowardice of Faust’, ‘Benbe Nut Cellini’ and ‘The Trojans’ one after another. He seems to have been very attracted to opera, which led him into the world of music until the very end. Unfortunately, it was not very successful. This often led to financial crises, each time he made money by traveling touring throughout Europe.

Berlioz’s death has to do with his loved ones. He suffered the sadness of leaving all his loved ones first. His first wife, his second wife, and the only son he had with his first wife all died early. He lost his family one after another and was in great shock.

He then went on a concert tour to Russia to relieve the pain, but his health deteriorated rapidly and he returned to France. And eventually he closed his eyes. It was love that made Berlioz live and that he died. He loved passionately more than anyone else and was able to create a masterpiece like the ‘Fantastic Symphony’ because he put his heart into every moment.