Australian media warns: Morrison will pay the price for the election to provoke China and Australia | Blog Post

In the past few years, the Morrison administration has taken a series of unilateral measures that have led to the deterioration of China-Australia relations, including but not limited to fighting a “war of words”, cooperating with the United States and Britain to form AUKUS, and frequently playing the “Taiwan card”… At present, China-Australia relations are at a deadlock. Since May last year, the door to high-level dialogue between the two countries has been “closed.”

After the first video meeting between China and the U.S., some Australian media, who had previously jointly hyped China-related issues with the Morrison government, died down, and began to reflect on what caused Australia to “run out of bullets” and “ridden the tiger.”

Australian “Financial Review” columnist and professor of modern history at the University of Sydney, Curran, published a commentary on the 21st, pointing out that this was because “Morrison turned China’s “threat” into an election wedge.” The article also warns: Imagine what unforeseen consequences might occur when a ruthless politician uses his hostility to Asian powers to make headlines?

The Australian general election is expected to take place in May 2022. According to the latest poll by The Australian in November, Morrison’s public support rate fell to 47% due to the impact of the epidemic measures and the slow progress of vaccination; Morrison’s Liberal-National coalition government The support rate also lags behind the opposition Labor Party, with the ruling coalition supporting 47% against and the opposition Labor Party supporting 53%.

The article said that as the election approaches, the Morrison government borrowed the script of the alliance of former Australian Prime Minister Menzies and Holt during the Vietnam War to use Australia’s foreign policy as a key wedge against the Labor Party.

“Although some people may disapprove of this approach, its consequences are undoubtedly significant, and Australia may pay a price for this within a period of time,” the article said. 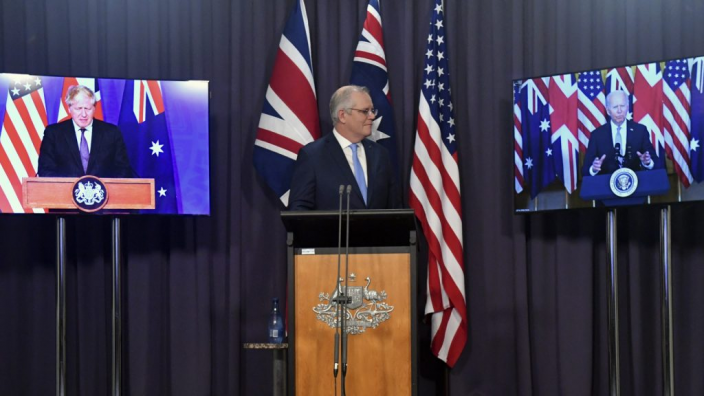 Elevating the Australia-US alliance to a new level, promoting the “four-party security dialogue”, and adopting the US-UK-Australia AUKUS security partnership… The “diplomatic achievements” of the Morrison administration are full of hostility to China.

The article said that the Morrison administration is now investing in the deteriorating US-China relationship and is willingly involved in Washington’s military conspiracy against China. Canberra has once again fallen into a prominent position of overexposure and loneliness.

“Now, everything must be viewed through the “China Threat.” Relations with the Pacific Ocean, Southeast Asian countries, and Japan cannot be viewed from their own perspective. All these are submerged in the politics of “counterattack” Beijing. Activities, and Australia’s apparent satisfaction as a role model “against” China. “

The article also said that the Australian ruling coalition’s use of China in domestic politics is inherently dangerous. Now, this approach is almost “toxic” because it ignores the impact on Asian Australians. “Perhaps we can correctly express our unease about how China demonstrates its strength, but Australia must also muster the courage to look in the mirror.” 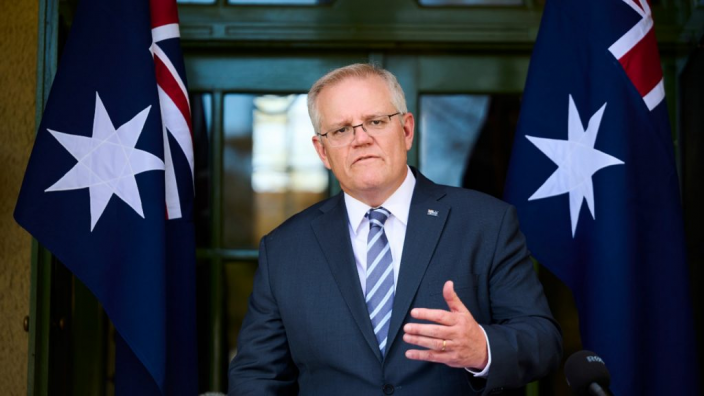 At the end of the article, Curran also compared Morrison’s China policy with the previous Australian government.

The article said that Morrison inherited the mantle of former Australian Prime Ministers John Curtin and Robert Menzies, but in the recent dispute with French President Macron, Morrison’s reaction is a bit like that of former Australian Prime Minister McMahon. In 1971, the United States suddenly changed its China policy and was helpless. “The same violent cover and windy emptiness.” McMahon is described by Australian political scientists and historians as one of Australia’s worst prime ministers.

“Please think about the unforeseen consequences that might happen when a ruthless politician chooses to use his hostility to Asian powers to make headlines instead of formulating a long-term strategy for Australia’s position and peace in the region. The article asked again for the last time.

The new rules of the secondary vocational competition system are free of catch and release! The first round of playoffs will be held from next year | Sports | Sanli News Network SETN.COM

First confirmation of Omicron mutant infection in the...

Expatriates are an integral part of the growth...

U.S. does not survive, first case of coronavirus...