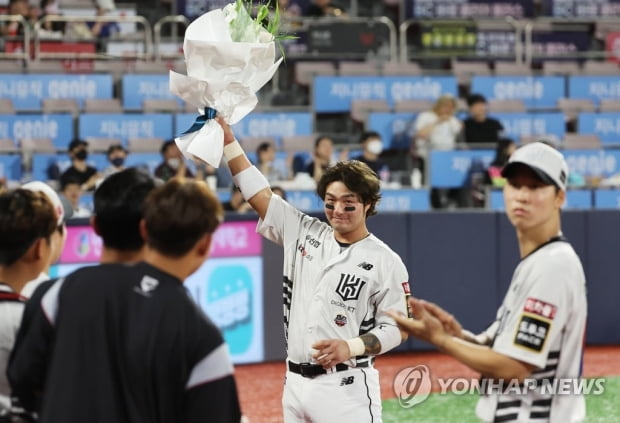 The defending champion, kt wiz, defeated the NC Dinos and firmly maintained the 5th place with Park Byeong-ho, who set a record of 20 home runs for 9 consecutive years.

KT caught the flow as Kim Min-hyuk was on base due to an opponent’s defensive error.

Kim Min-hyuk threw a ground ball to first base, but NC first baseman Park Seok-min missed the ball and got on base.

Park Seok-min started as the first baseman in 3,302 days after the Samsung Lions match against the Nexen Heroes (now Kiwoom) on June 6, 2013, and made a mistake as he failed to properly digest the awkward defensive position.

kt did not miss this opportunity.

After that, kt became 2nd by Hwang Jae-gyun and Kim Jun-tae, but with Oh Yun-seok and Shim Woo-jun’s consecutive walks, Cho Yong-ho managed to get away with one more point in first and second bases.

In the 5th inning, Park Byeong-ho, who took the lead, hit a solo home run over the left wall.

In the 6th inning, Park Byeong-ho also hit a timely hit in the left middle on the 1st and 2nd base opportunities.

Park Byeong-ho made an outstanding performance with 3 hits, 2 RBIs and 2 runs in 5 at-bats including a home run.