Tesla Model Y suffered the largest recall of experts: does not rule out the design problems of the whole car

Home » Business » Tesla Model Y suffered the largest recall of experts: does not rule out the design problems of the whole car

The reason for the recall is that the steering knuckle may be deformed or broken due to insufficient strength, causing the suspension link to fall out of the steering knuckle, affecting the controllability of the vehicle and increasing the risk of collision.

And the supplierTuopu GroupInformation note released on the evening of December 5announcementIt is shown that it is confirmed that the steering knuckles for Model Y electric vehicles involved in the recall are directly supplied by the company, and the probability of suspicious product defects is about 0.2%-1.0%.

Although it has been admitted that the problem is caused by its own product, butTuopu GroupStill insisted, “Due to the suddenness of the recall and the fact that the recall has not been completed, the company is temporarily unable to determine the costs involved in the recall. Based on the estimates of the number of recalls and defect ratios, the company considers this recall to be a non-significant incident and will not correct it. Annual operationPerformanceMake an impact. “

althoughTuopu GroupIt has been stated that the company’s recalled products only support Model Y models, but in addition toTeslaIn addition, Tuopu Group has now become Geely,BYD, BAIC, Great Wall,Wei LaiIt is worth paying attention to whether more manufacturers and models will be involved in a link in the supply chain of companies such as Weimar and Weimar.

Do not rule out the design problem of the whole vehicle

In fact, this is not the first time Tesla has initiated a recall due to steering knuckle issues. It is reported that on November 21 this year, Tesla filed an application with the U.S. Highway Safety Administration to recall some Model Y electric vehicles with a production date between June 16, 2020 and November 10, 2021 in the United States. 826 vehicles.

The reason for the recall is also that the strength of the front and rear steering knuckles of some vehicles may not meet the design requirements. The report shows that among the 826 Model Y models involved in the problem, it is estimated that 1% of them have defects. As for the supplier of the steering knuckle for the American-made Tesla Model Y, it is temporarily unknown.

There are people close to Tesla on the “SecuritiesThe Daily News reporter revealed that Tesla will conduct hardness testing on each batch of supplied parts and package and mark the testing results for 10 years. This not only complies with the automotive industry TS16949 standard, but also facilitates the company’s future recourse.

In response to the quality problems of Model Y steering knuckles, the automotive industryAnalystZhang Xiaoguang on “SecuritiesA reporter from the Daily said that both Tuopu Group and Tesla will conduct multiple batches of destructive inspections on such structural parts. The report should be archived, and it is impossible to find problems for a long time. In view of the similar accidents of American-made Tesla, the possibility of defects in the design cannot be ruled out.

In fact, Tuopu Group issued an announcement in August 2016 that the company had received the “Supplier Appointment Letter (Agreement)” issued by Tesla and was approved to supply Tesla with lightweight aluminum alloy chassis structural parts. Become its supplier. Taking the ride of Tesla’s ride, Tuopu Group’s share price trended gratifyingly, from 9.07 yuan per share in August 2019 to 68.06 yuan per share in November this year, an increase of 660%, and the market value increased to more than 700 100 million yuan.

However, there are hidden worries behind the high prosperity of the new energy automobile industry chain. Tesla, which adopts a low-price strategy, has strong bargaining and control capabilities over the supply chain.according toTianfeng SecuritiesResearch reportIt shows that in 2020 Tuopu Group’s revenue from Tesla will be 1.1 billion yuan, accounting for about 17% of revenue; Tuopu Group’s revenue from Tesla in 2021 will be 2.6 billion yuan, contributing revenue Up to 30%. It is worth noting that, regarding this recall, Tesla did not know in advance that it would be Tuopu Group, which caused it to fall into a storm of public opinion.

Today’s “Tesla concept stocks” are generally caught in an increase in revenue but not profits.interest rateThe dilemma that continues to fall. “SecuritiesDaily reporter noted that, taking Tuopu Group as an example, behind the high stock price in recent years, the company’s grossinterest rate, Net interest rate and return on net assets have shown a downward trend instead. In the first three quarters of 2021, Tuopu Group’s gross profit margin, net profit margin and return on net assets were only 22.69%, 9.68%, and 8.29%, respectively.

After successively setting new records in domestic sales, Tesla Model Y models are experiencing the largest recall since delivery. According to the “Securities Daily” reporter, in the first 10 months of 2021, domestic sales of Tesla Model Y reached 106,200, which means that the 21,600 recalled this year accounted for one-fifth of its sales during the year.

On December 5th, Tesla supplier Tuopu Group issued an announcement stating that the steering knuckles for Model Y electric vehicles that were recalled this time were directly supplied by the company. The reason for the recall was that the water level in the quenching tank of a heat treatment production line was insufficient, causing individual products to not be completely quenched. The liquid is immersed, which causes the strength of the steering knuckle or does not meet the design requirements. Judging by the company’s test results, the probability of this batch of suspicious product defects is about 0.2%-1.0%.

In response, Tuopu Group’s secretary of the board Wang Mingzhen told reporters that the Tesla recall happened suddenly and the company had not obtained any information in advance, but the company has understood the details and evaluated the consequences. The recall is not a major one. The incident will not have an impact on the company’s annual operating performance.

However, affected by the above-mentioned bad news, Tuopu Group dropped its limit on December 3, and its market value evaporated by nearly 6 billion yuan. At the opening of the market on December 6, Tuopu Group’s share price continued to fall. As of the day’s close, the share price was reported to be 54.49 yuan per share, a drop of 4.7%, and the market value dropped to 60 billion yuan. 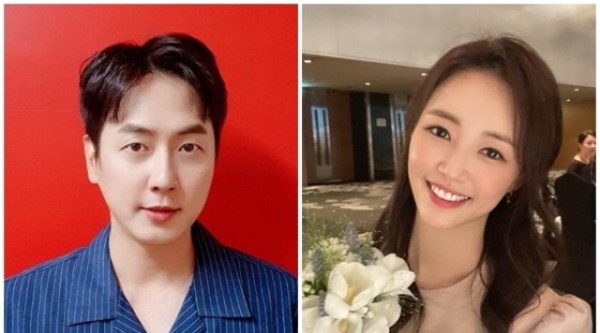 An announcer 9 years younger than Shinhwa member Andy who is getting married was revealed to be the announcer Lee Eun-joo of Jeju MBC. On 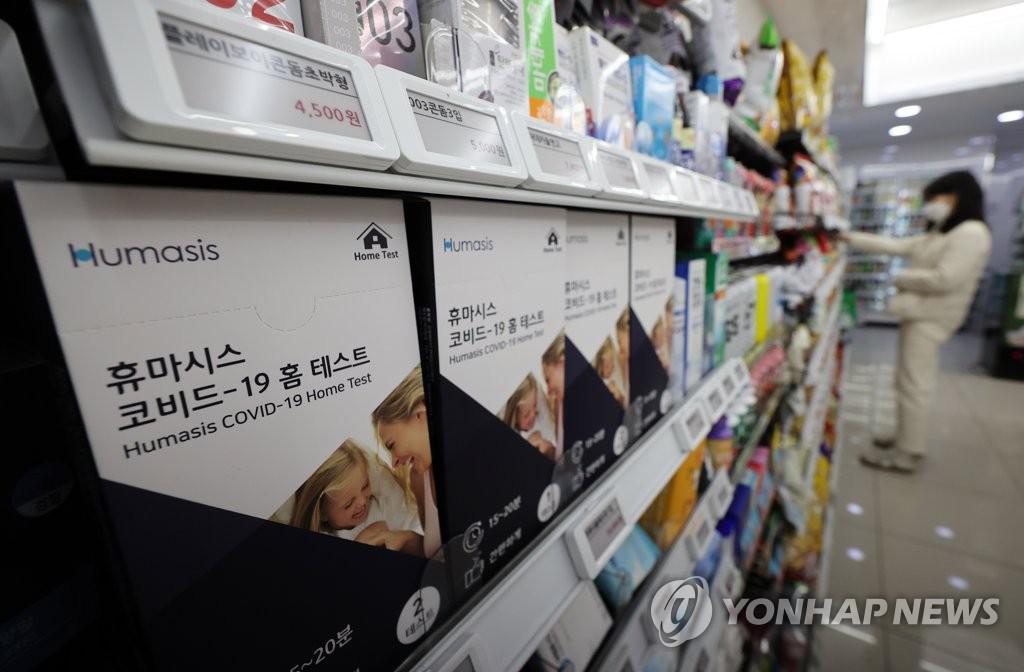 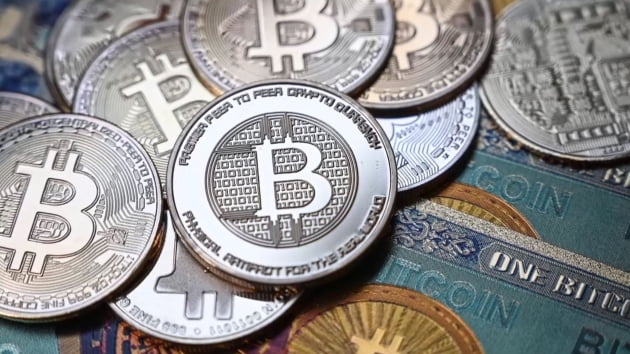 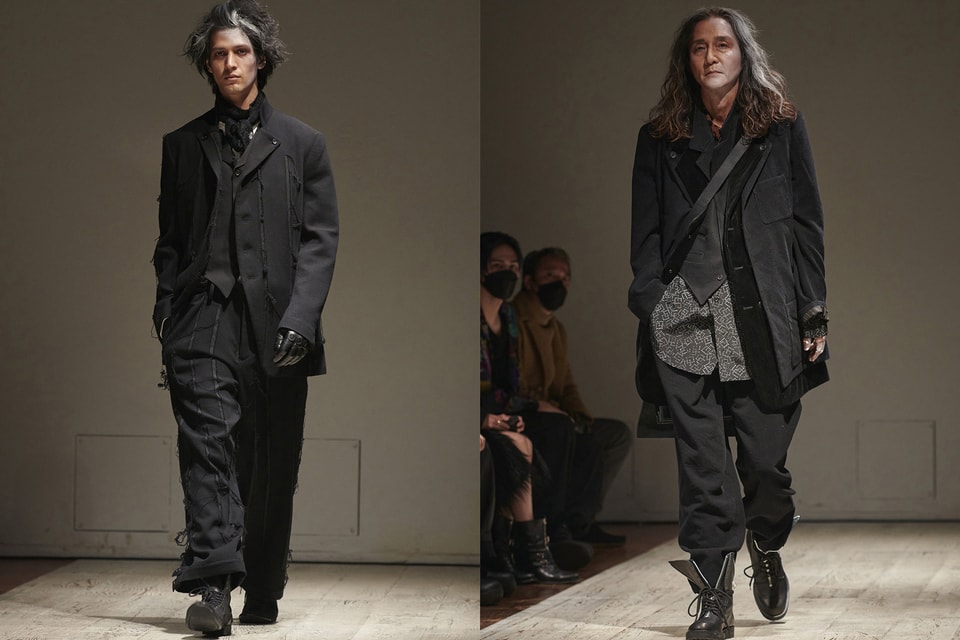 Yohji Yamamoto’s new 2022 autumn/winter menswear collection officially debuted. Due to the epidemic, this show was held at the flagship store in Aoyama, Japan instead