U.S. and China clash over Korea’s NATO meeting… US criticizes China for not having veto 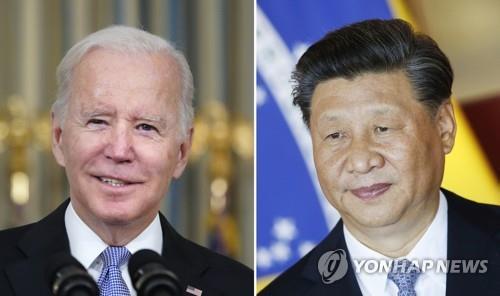 U.S. “It’s not the Asian version of NATO”… Confirmation of the promotion of reflecting the phrase aimed at China in the new strategic concept

When China said that it opposes these countries’ participation in the summit, the United States countered that China had no veto power.

NATO, led by the United States, will hold a summit in Madrid, Spain from the 29th to the 30th, and the leaders of Indo-Pacific countries such as South Korea, Japan, Australia and New Zealand, which are not NATO members, are also expected to attend.

Wang Won-bin, spokesman for the Ministry of Foreign Affairs of the People’s Republic of China, said at a regular briefing on the 23rd, “The Asia-Pacific region is not a geographical category of the North Atlantic. I firmly oppose it,” he said.

“China has consistently believed that developmental relations between countries should contribute to world peace and stability and should not target third parties or harm the interests of third parties,” Wang added.

Recently, China has been very wary of seeking cooperation between NATO and countries in the Asia-Pacific region, led by the United States.

Regarding the plan to discuss countermeasures against China’s rising influence at the NATO summit, Spokesperson Wang said, “NATO is clearly a North Atlantic military organization, but in recent years, it has been running to the Asia-Pacific region to show off its prestige and pave the way for Europe’s collective resistance in the Asia-Pacific region. We are trying to replicate it locally,” he criticized.

Read Also  Blueberry NFT shares 10% up... Will 'monkey pox' be designated as a legal infectious disease?

Coordinator Kirby said the meeting was not about the Asian version of NATO, and that NATO is a security alliance between the Atlantic countries. “We are excited about the participation of South Korea.”

“This shows that global security is connected between Europe and the Indo-Pacific. It is not one or two,” he said. Yes,” he said, targeting China.

“Korea knows this better than any other country, so it’s important that Korea will participate in that meeting,” he said, reiterating that this meeting is not meant to create something similar to NATO in the Pacific.

Coordinator Kirby all introduced the participation of non-NATO countries such as South Korea and Japan in their remarks, and evaluated that this was to make it clear that the United States and its allies, whether in Europe or the Indo-Pacific, will uphold the principles of sovereignty and territorial integrity.

Coordinator Kirby did not immediately respond to the question of whether the Korea-U.S.-Japan summit would be held during the NATO summit, saying, “I have nothing to say other than the agenda of the meeting today.”

Instead, he recalled a trip to South Korea and Japan last month, saying, “President Biden sincerely hopes for greater trilateral cooperation between the United States and its two allies.”

“President Biden desperately wants bilateral cooperation between Japan and South Korea to increase, and this is happening,” he said.

Coordinator Kirby confirmed that the NATO summit will include content targeting China when ratifying NATO’s new strategic concept for the next decade.

“In less than a year, NATO’s defense ministers made mention of China in a joint statement for the first time,” he said.

“The strategic concept is therefore building on the foundations of what we once discussed and pondered with our allies about the threats posed by China to international security beyond the Indo-Pacific region.”