The TV series “The Sea of ​​Stars” is on the air. This time, what is the difference between Liu Tao’s new entrepreneurial story?

The TV series “The Sea of ​​Stars” will be broadcast on Hunan Satellite TV and Youku tonight. The play is directed by Yu Ding, written by Su Xiaoyuan, and starred by Liu Tao, Lin Feng, Lu Fangsheng, and Chai Biyun. The story is based on the small town girl Jane Eyre going south to start a business, reflecting the changes in life and business development in the course of the changes in the past 30 years since the 1990s.

The play focuses on the story of women’s growth and new entrepreneurship, depicting a vision of entrepreneurship where personal fate and the trend of the times complement each other, and personal dreams are in a enthusiastic confrontation with the times.

A symphony of personal dreams in the development of the times

In the story, the 30 years that Jane Eyre (played by Liu Tao) has grown up is also the 30 years of rapid development and rise of our country. In the tide of reform and opening up, her transformation from a noodle shop girl to a strong business man is not only due to Jane Eyre’s personal unremitting pursuit of a better life, but also due to the great practice of the country’s reform and opening up. It is a personal dream that merges with the times. Symphony of development.

Through the China Import and Export Fair, Jane Eyre has acquired foreign customers who are quite close to him, and has signed many export trade orders with them; since China’s accession to the World Trade Organization, Jane Eyre took advantage of the trend and developed Jane Eyre’s foreign trade. To grow and develop international cooperation; in response to the government’s strategy of “going out” and integrating into the world economic system, Jane Eyre entered Southeast Asia to build factories, which not only solved the pain points of the company’s operation, but also enabled the national brand to go to the world. Everything Jane Eyre has achieved is closely related to the rapid development of the motherland.

And she has always been grateful for everything she has. While continuing to work hard, she also actively fulfills her social responsibilities. After the outbreak of the global economic crisis, she took over the downstream garment factories to help the women textile workers in the whole factory make ends meet, and protect the stability of the small home and everyone; then she also actively opened the garment factory back to her hometown to feed back the society. To benefit the elders in his hometown, he personally demonstrated the demeanor of a private entrepreneur as a builder of socialism with Chinese characteristics.

It is reported that “The Sea of ​​Stars” took great pains to restore a truly and convincing era. For example, the sewing machines that appeared many times in the early stage of the drama, the large amount of cash in Jane Eyre’s house, the price of each bowl of noodles and condiments in the noodle shop, and the pager that Jane Eyre carried in the later period all took a lot of effort in historical texture. At the same time, the actor’s service is also a precise capture of the atmosphere of the times.

Show “She Struggles” in a cross-age context

Different from other female entrepreneurial dramas, “The Sea of ​​Stars” is a series of themes that show the growth of women across the ages. The plot runs through all the growth moments of the heroine Jane Eyre in the first half of her life, focusing on Jane Eyre’s dream pursuit, starting from the background and reality of the times, and shaping a new independent female image through details.

The main creative team hopes to embody the spirit of “she struggles”: Striving for a happy life, we can fly moths to the fire in order to find true love, not be a vassal and lose moral beliefs, and adopt an open and tolerant attitude to attract talents and heal ourselves. And while steadfast in their goals and expressing themselves bravely, they also help more women escape the mental dilemma, pursue self-growth and value, and finally find their own happiness. 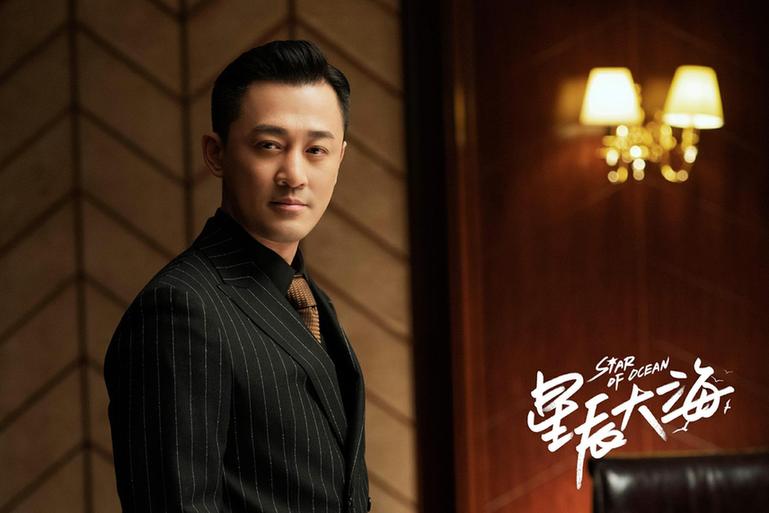 In addition, the drama shows the character image and economic form from different dimensions, and integrates the spirit of contemporary youth into it, so that the audience can understand it better. Jane Eyre, a small town girl, went from having nothing to creating a national brand, holding on to her heart, seizing the opportunity to dare to break through, and achieving mutual achievement with the times; the heir of the group Fang Hengzhi (played by Lin Feng), bound by family and interests, but calm and firm, and finally defended Yunkai; Li Yiming (played by Lu Fangsheng), the only child of the state-owned factory director, has the courage to do business and behaves with quality; the deputy mayor Wenxin (played by Chai Biyun), the pearl in the hands of the deputy mayor, has made steady progress in the times and has made small achievements in the industry. The four characters with different family backgrounds and personalities have the shadow of not forgetting their original aspirations and courageously taking on their roles. They are shimmering figures in thousands of societies, and they are also one of the pioneers of the times.

“The Sea of ​​Stars” attempts to use typical characters to reflect the changes of the times and express the spirit of the times.

Samsung vs. kt, the first single league first place match in professional baseball will be played on the 31st (overall)

Hwang Jung-eum and her husband reunite after...

If this is true then it’s really...