Toyota’s next-generation Sienta debuts! Details are expected to be revealed in July 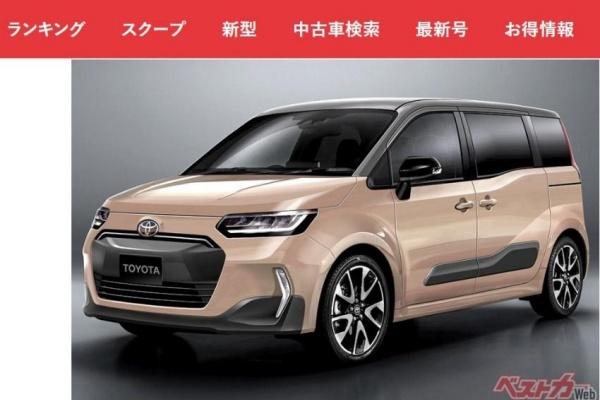 Toyota’s next-generation Sienta, which is about to debut this year, was previously revealed by Japanese media to start pre-sale in June. However, due to the impact of chip shortages and other factors, many factories have been shut down. The Japanese media recently got the exact information. Pre-sale on the 13th, and officially listed on August 2nd.

The Japanese media combined the test car and the information disclosed by the original factory to draw an expected picture of the new generation of Sienta.

The facelifted Sienta is expected to be equipped with the TNGA-B modular platform. The body size will reach 4,300×1,695×1,670mm, which is 20mm longer and 5mm lower than the current one. In addition, the Japanese standard will cancel the three-row six-seater configuration, and only retain Two-row five-seater and three-row seven-seater configuration.

According to Japanese media reports, the new generation of Sienta will have two power configurations, namely a 1.5-liter four-cylinder naturally aspirated engine and the latest Hybrid hybrid system, equipped with the latest 1.5-liter gasoline-electric system from the new Yaris, and Replaced with the same bipolar NiMH battery pack as the new Prius C.

In terms of appearance, the front end of the new generation Sienta has a less rounded feel, and is built through more sheet metal lines. The headlight group is more square in shape, with L-shaped daytime running lights, and the water tank guard and scratch protection plate add more outdoor atmosphere. The more squared-off profile is expected to create better cabin space.

Read Also  Contact with Toyota? It seems that the search for Apple Car partners is still ongoing (September 3, 2021) | BIGLOBE News

The next-generation Sienta is built on a new chassis platform and will have a more spacious cabin. Pictured is the current version.